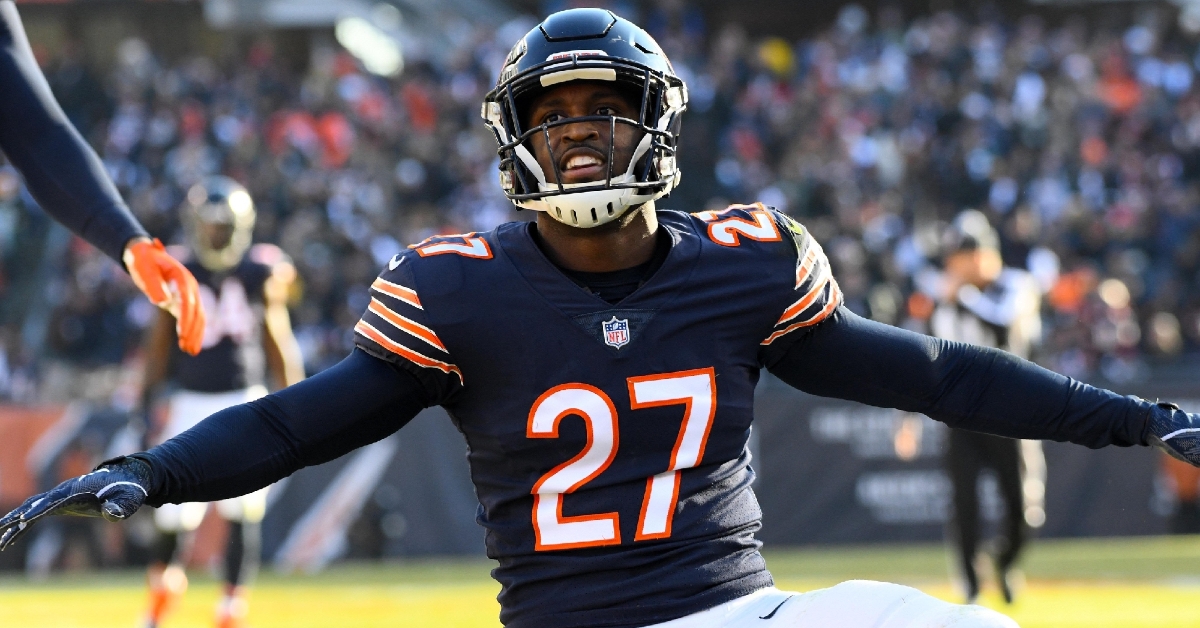 Thursday marked the beginning of the 100th NFL season in which the Chicago Bears lost to their oldest and most hated rival Green Bay Packers 10-3. A lot of criticism was passed throughout the organization on who's to blame for that effort. However, this week was more than just a game to the NFL and one player on the Bears especially as the 100th-anniversary kick-off meant a little more to him.

I am talking about Bears defensive back Sherrick McManis as Thursday night was a milestone game for him. Not only was he opening the 100th NFL season by participating in the NFL’s greatest and oldest rivalry, but the number 100 meant a little more to him Thursday night than some people know. Thursday night's contest against Green Bay was the century mark for McManis in the NFL as that was his 100th career game as a player for the Chicago Bears.

McManis is the longest-tenured player on the Chicago roster as he was acquired via trade from the Houston Texans on August 31, 2012, for fullback Tyler Clutts. McManis NFL journey certainly hasn’t gone as expected since the Texans drafted him in the fifth round of the 2010 NFL draft. 2012 was his third season in Houston in which McManis thought he performed well enough turning preseason and training camp to earn a spot on the Houston roster. It was on Aug. 31 of that same year that he was shocked to hear that he was being dealt to the Bears.

McManis initially thought he was being cut when he was told to report to the Office of Gary Kubiak on that afternoon only to realize he was on his way to the Windy City. It seems to have been the best situation that McManis could have imagined as he indeed has found his niche since donning a Bears uniform eight seasons ago.

His impact was felt immediately in 2012 as he led the team in special teams tackles with 11 while earning NFC special teams’ player of the week later that season. To this day, McManis remains one of the Bears primary fixtures on special teams due mainly in part to his mentality on the field. He understands how valuable the third phase of the game special teams truly is when most players seem to ignore that facet of the game.

“Some people don’t embrace the opportunity to play special teams,” McManis said. “They look at it as maybe not wanting to do it or something they have to do. But for me it’s always been something that I wanted to do, I wanted to be great at.

With his leadership on the filed important to the entire team, it has been his leadership off the field that has him continuously being embraced by the organization at Halas Hall. His excellent intangibles make him the ultimate pro and will always be looked at as a team leader if he remains a member of the Chicago Bears.

It shouldn’t come as a surprise as to why he is such a great leader given some of the Chicago legends he has had the privilege to suit up with. Since coming to Chicago in 2012, McManis has played with the likes of Lance Briggs, Charles Tillman, and Hall of Famer Brian Urlacher whom all possess fantastic leadership qualities. By playing alongside these three vets, McManis learned what it meant to play for the Chicago Bears and just how important it indeed was to be the leader of a franchise.

Now, being the longest-tenured member of the Bears, McManis is hoping to continue that leadership knowledge he learned throughout his career to pass it on to the younger generation of Bears stars now in Chicago. He has shown his leadership ability over the past few seasons once again by putting the team first to help on defense as a cornerback and nickel back before switching to safety this offseason. It is that type of unselfish mindset that the Bears should count on if they expect to continue their rise in the NFC.