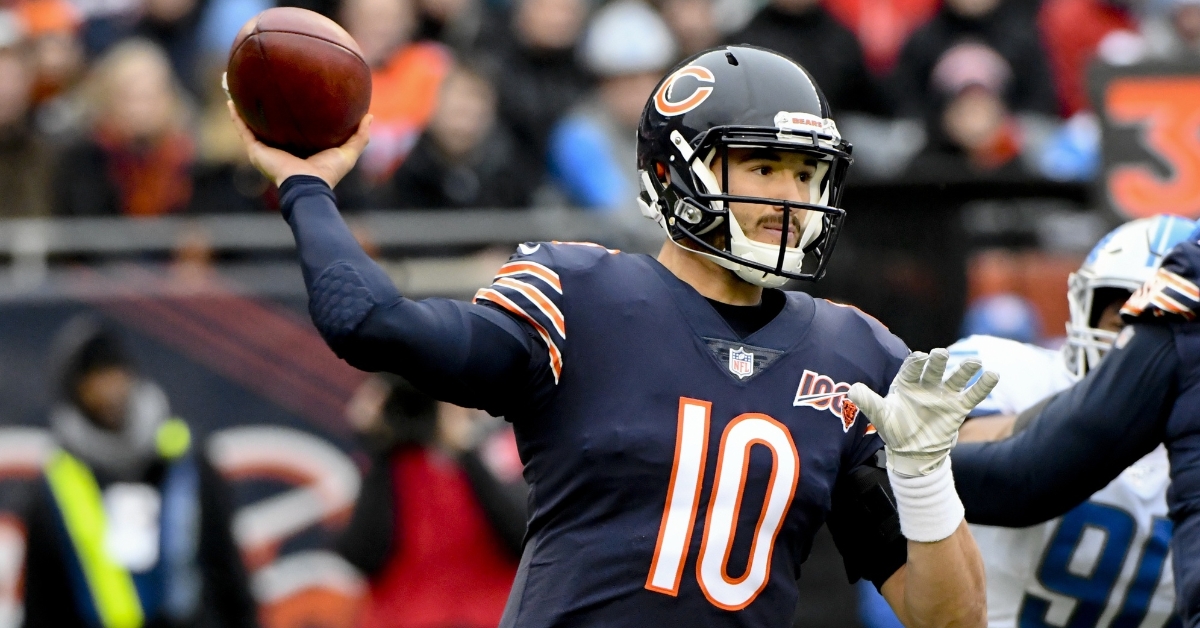 CHICAGO — Getting off the schneid, the Chicago Bears (4-5) snapped a 4-game losing streak on Sunday. Taking on a Detroit Lions (3-5-1) team that did not have the services of quarterback Matthew Stafford, the Bears won 20-13 at Soldier Field. Bears quarterback Mitchell Trubisky threw for three touchdowns and manned the charge when Chicago scored 20 unanswered points after falling down 6-0. The Lions racked up 131 more yards and eight more first downs than the Bears, but Chicago went 2-for-2 in the red zone and took advantage of a costly Detroit interception en route to winning the Week 10 NFC North battle.

Stafford, who is dealing with small fractures in his back, was a late scratch after team doctors would not clear him to play during pregame warmups. Therefore, Jeff Driskel was thrust into action and started under center for the Lions. Driskel threw for 269 yards on 27-of-46 passing, and he helped set up a field goal on the game's opening drive. The Bears struggled mightily on offense until their final offensive possession of the first half. Trubisky, who was 16-of-23 for 173 yards through the air, capped off an 80-yard drive with an 18-yard touchdown pass to tight end Ben Braunecker, marking the first touchdown grab of Braunecker's career.

The Bears entered halftime boasting a 7-6 lead, as Lions kicker Matt Prater connected on a 22-yarder and a 54-yarder in the first half. On the first drive of the second half, the Bears' offense needed just five plays to cover 76 yards and score a touchdown. Trubisky nearly coughed up the football on the first play of the possession, but he was able to recover his own fumble. He then hooked up with wide receiver Allen Robinson II for a 33-yard reception. Robinson led all receivers in the contest with 86 receiving yards on six catches. Soon afterward, Robinson drew a pass-interference penalty that led to a 9-yard touchdown pass from Trubisky to running back Tarik Cohen. That placed the Bears ahead by a score of 13-6, as Bears kicker Eddy Pineiro missed the ensuing extra-point attempt.

Driskel failed to answer with a touchdown drive of his own. Instead, he threw an interception in Lions territory, with Bears linebacker Nick Kwiatkoski, who finished with 10 tackles, picking Driskel off inside the Detroit 30-yard line. Three plays later, Chicago wideout Taylor Gabriel was on the receiving end of a 24-yard touchdown pass from Trubisky that put the Bears up 20-7 at the 9:38 mark of the third quarter. In the fourth quarter, Driskel and Lions receiver Kenny Golladay teamed up for a 47-yard touchdown pass, but the Lions were unable to tie the game, with both of their final two possessions resulting in turnovers on downs in Bears territory. As a result, Chicago pulled out a 20-13 win over a division rival.