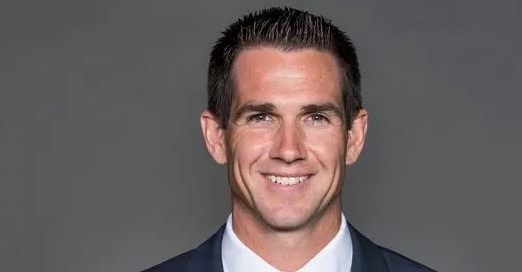 The Bears have gone through a complete house cleaning in the front office that started with Ryan Pace and trickled down to Matt Nagy. Now nearly two full weeks since the end of the regular season, the Bears continue to conduct interviews as they try to find the right candidate for their next GM. Chicago has been rumored to be on 10 names for that position, and several of them have been interviewed already.

If Chicago is truly set on winning not just in the long-term but also in the short-term, they should be targeting someone from a winning organization that has had tons of recent success. One of those organizations is the Buffalo Bills, where Joe Schoen is getting an interview from the Bears. Part of front offices for 20 years, Schoen has been with three different organizations and has done well at every start.

Schoen got started in 2001 working as a scouting assistant for the Carolina Panthers. One year later, he was promoted to Area Scout, where he held that position over the next six years. Given the amount of success the Panthers had around this time, you could credit Schoen for some of that and figuring out a way to find the talent he did.

Following his run with Carolina, Schoen headed a bit further south to join the Miami Dolphins organization, where he took on a National Scout job from 2008-2012. One year later, Schoen held the Assistant Director of College Scouting position for one year and then was promoted to the Director of player personnel for the next three seasons. Although the team didn't have the most success during his tenure, he was part of their last playoff appearance, so credit him for that.

Success with one organization is hard enough, but having success with two certainly had other teams talking as they were trying to get in on the action with Schoen. 2017 saw Schoen move to his third organization, where he joined the Buffalo Bills as an Assistant GM. Looking back on the last five seasons with Buffalo, you have a team that has made the playoffs four of those five years, including three straight, so Schoen continues to have success.

That is the kind of track record the Bears are looking for and one they hope to get their hands on soon. Not only does he have experience from three different organizations, but he has performed a variety of roles that could come in handy when hiring other people. A considerable portion of his career was scouting and player personnel that the Bears have lacked for the last decade, so seeing that turnaround would be a great thing.

Schoen is no stranger to having his name in GM discussions and was one of the first names to hit the surface when the Bears parted with Pace. Chicago made that official by requesting an interview with him as they feel he could be the man for the job. He has interviewed once with the Bears, but the New York Giants loved what they heard and gave him a second interview. Could that be in the cards for the Bears in hopes of not losing out on him?

When it comes to hiring their next GM, the Bears need to bring someone in who does things entirely differently from Pace. That person would have to focus on the old problems that still haunt this organization while focusing on new ideas to improve the team. They also need to find someone that knows how to carve out a path to success, and Schoen has done just that.