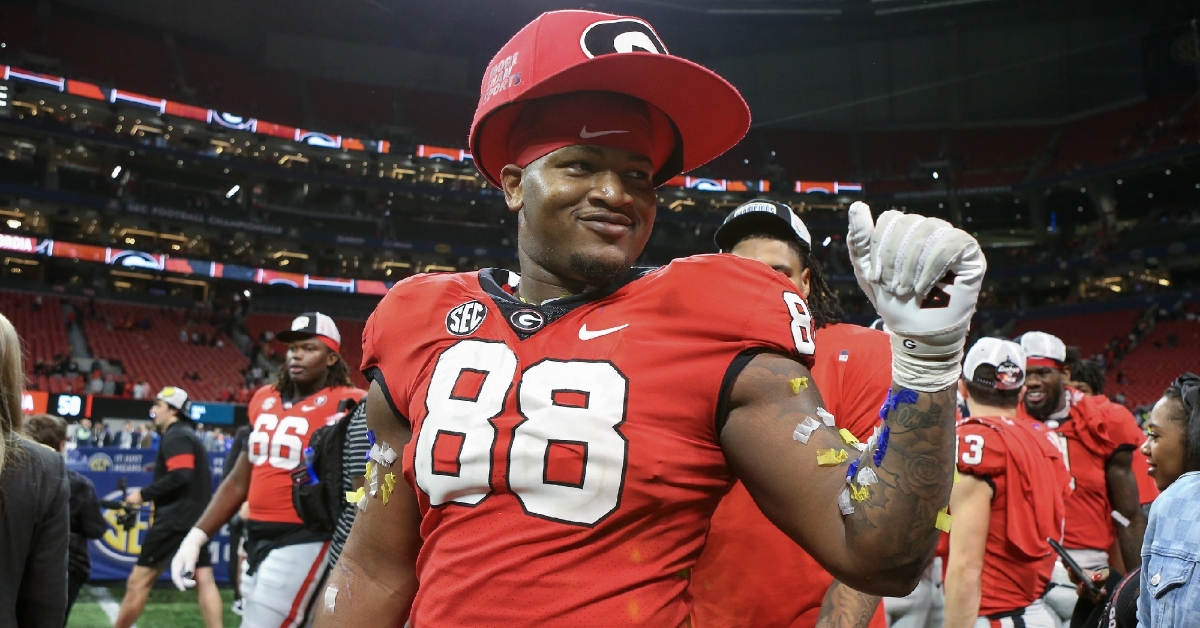 While the Bears season might be over following Sunday's game, it could also start as soon as Monday. January 9th, known as black Monday for soon-to-be-fired coaches, is technically the beginning of the Bears offseason as they will begin to plan for the future of this team.

Much of that will have to do with who their new CEO will be, but apart from that, this team will have a top-three pick, plenty of cap space, and several young stars eager to improve upon this season. Monday also marks the National Championship game between TCU and Georgia, which also has significant meaning for the Bears.

For the better part of two weeks, it has been speculated that if the Bears stay at No. 2, they will be drafting Will Anderson Jr. to help shore up their lack of a pass rush. While you can't go wrong with that pick, there are other areas that this team needs to address on defense, and one of those areas is on the defensive line. That is where the National title game comes into play as one of the premiere pass rushers in this year's class will be playing his final game with the Bulldogs and could make a lasting impression on what the Bears do at No. 2.

Anderson Jr. is still the pick that most people expect the Bears to take, but it is Jalen Carter to watch on Monday as his name is starting to land in the top five. On a defensive line that featured Travon Walker, Jordan Davis, Devonte Wyatt, and Nolan Smith, Carter felt like the best of the bunch during Georgia’s historic national championship run. That alone is saying something, especially considering that Carter was back on the field for Georgia this season.

Not only was he an elite player in 2021, but he continued that elite play in 2022 and has put himself in the conversation as potentially the best prospect in the class. Carter has an elite burst off the line, which the Bears could use, and his strength is second to none. Over the past two seasons, Carter has posted a pass rush winning percentage of 16%, which is an incredible number.

Carter may have flown under the radar more than he should have last season, but that is no longer the case this year. Before the Bears went on their long losing streak, many experts felt that Carter would be a top-three pick and wouldn't make it to when the Bears were sitting around five. Now that they are picking No. 2, there is a real possibility that they could make Carter their pick, and that would be a massive win for this franchise.

Someone is going to make this man a first-round pick, and if he falls outside of the top five, it will be one of the biggest shocks of the draft. He would also be a steal to wherever he falls, so the Bears better take notice. As a freshman, Carter played sparingly, but still had a significant role on the Bulldogs.

He saw action in eight games that season and recorded 14 tackles, with three coming as sacks. His past two seasons have put him on the map and potentially the best overall player in his class. Not only has he played in 26 of a possible 27 games the past two seasons, but he has logged 67 tackles over that time and 15.5 sacks. 8.5 of those sacks came last year, with seven more this season.

Carter also has four career pass deflections and two forced fumbles, as his athletic ability is second to none for a guy his size. At 6-3 and 310 pounds, Carter would give the Bears their first legitimate defensive line presence since Akiem Hicks. Even at that size, he doesn't move like it, which is scary to think about.

With the draft more than four months away, you will start seeing many names in connection with the Bears. What the Bears decide to do will be up to them, but they will have options when they come to the podium to make their pick.