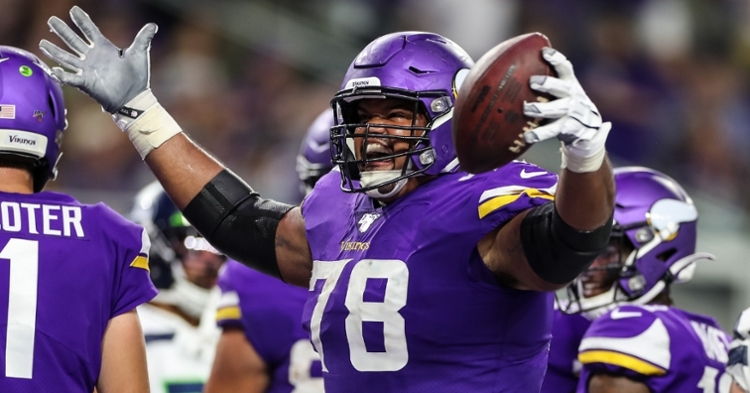 Another free-agent addition for the Monsters of the Midway.

The Chicago Bears announced on Wednesday that they have signed free agent offensive lineman Dakota Dozier to a one-year contract.

The 30-year-old spent the last two seasons with the Vikings and played his first four years with the Jets. Overall, he has played in 76 games, including 27 starts during his pro career.

Solid pickup for the Bears as they needed more depth on the offensive line and someone who has previous starting experience. He has played left guard and also has started at right guard and center for Minnesota.

Dozier was a fourth-round pick out of Furman in 2015.

He is the seventh unrestricted free agent that the Bears have signed since last Wednesday.