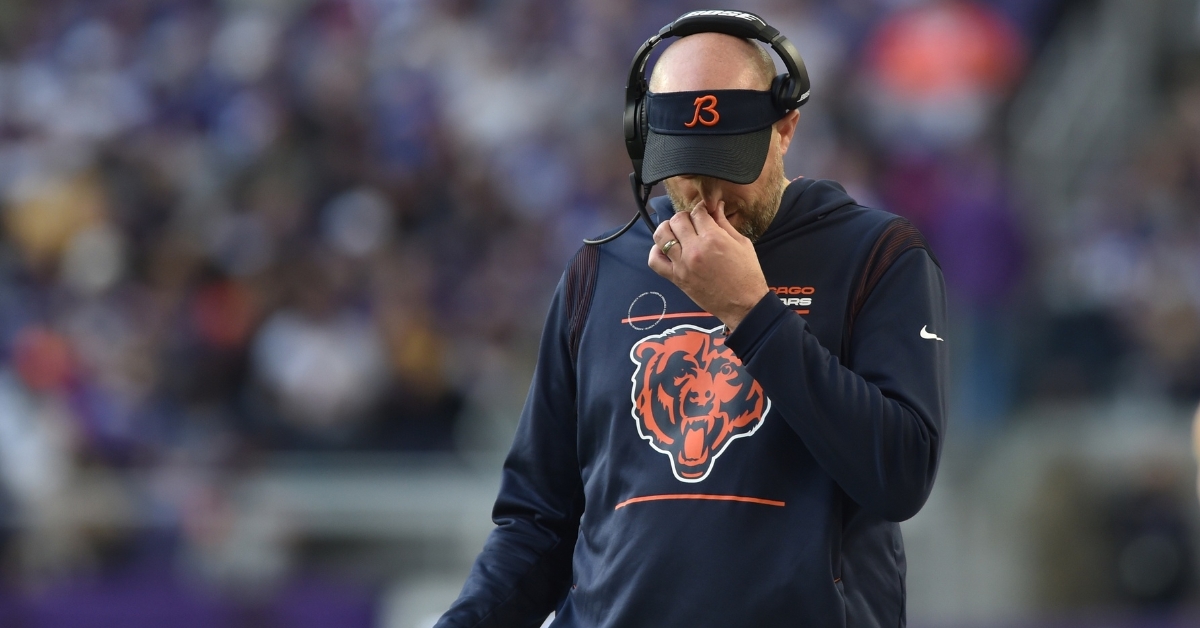 The Bears have fired Matt Nagy this morning, according to multiple reports, including NFL Network's Ian Rapoport.

"The Bears are parting ways with coach Matt Nagy, sources say, with Chicago making the final and expected decision this morning," Rapoport posted on social media.

The Bears finished the 2021 season with a 6-11 record after Sunday's embarrassing 31-17 loss to the Vikings.

The team averaged 21.3 points in 65 regular-season games under Nagy and never ranked higher than 21st in yards per game.

The Bears have also fired general manager Ryan Pace according to reports including ESPN's Adam Schefter.

The Bears have fired HC Matt Nagy, per @AdamSchefter pic.twitter.com/T8YnqZzrxL