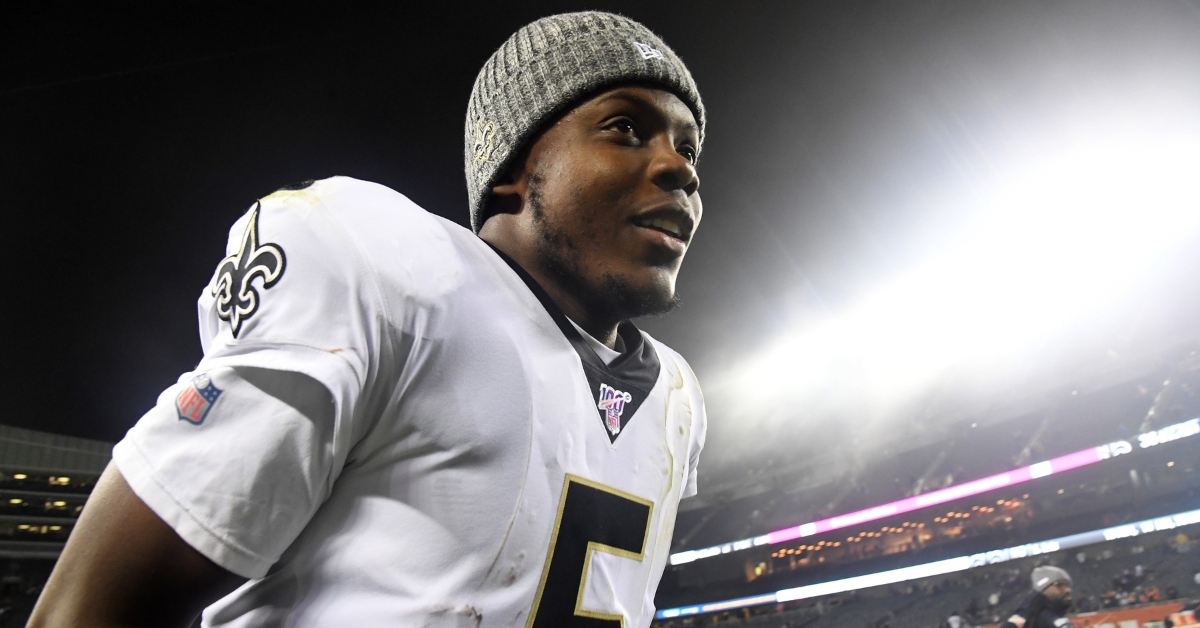 As much as I hate the offseason of football, given how it is the shortest sport lengthwise, I also love it at the same time because of everything that happens during the offseason. You have the XFL now, Scouting Combine, NFL Draft, CFL, and then training camp, so football is always around and accessible if you choose to watch it.

This is also the time when the rumor mill begins to pick up steam as teams are looking to figure out their roster needs and who to pursue once free agency comes. A lot of these rumors won't come true, but the fact that so many names are listed for each team shows the parity in football as opposed to other sports.

With that being said, Free agency kicks off in eight days, or a week from tomorrow so in the meantime, we can give you a list of the rumored the names the Bears appear to be in on. Even with a limited salary cap now, the Bears certainly are a team that does have some needs, and they need to do whatever they can to pursue and fill those needs.

Both the front office and coaching staff have insisted that Mitch Trubisky is their QB entering the 2020 season, but that doesn't mean they don't want to bring in some veteran competition. As of now, free agents Marcus Mariota, Case Keenum, and Teddy Bridgewater are names to watch, but should Bridgewater be the option, he would be more of a starter than back up. Andy Dalton has also been another QB name thrown out there as a potential landing spot via trade.

Sticking with the QB theme comes the unit in front of him as the Bears need to improve their offensive line. Regardless of who is under center, if the Bears don't fix their offensive line issue, QB play will not be where they need it to be. Graham Glasgow is a possible target for Chicago and is viewed as not only an upgrade but a long-term fixture entering his age 28 season. If the Bears are looking for a cheaper short-term option than Eric Kush is a name to watch.

Moving across the ball to the other side of the trenches and you will find the Bears looking to get more pressure on the QB while dominating the physicality at the line. Former Jaguars' first-round pick Dante Fowler who is coming off his first double-digit sack season, would be a massive upgrade in the pass-rushing game. Former Bear Mario Addison played just four games with Chicago in 2011 and now at 33 is just looking for a stable multi-year deal in which the Bears could give him to add depth.

We have already seen the Bears bolster their secondary by adding stud CFL CB Tre Roberson to their defense, but more work could be done. That leads me to the most interesting position of LB you have Khalil Mack and Roquan Smith as the focal points of that unit. Then you move to Danny Trevathan and Leonard Floyd, who simply hasn't reached the level the Bears expected him to reach. With that being said, I fully expect Chicago to make a run at pass-rushing specialist Vic Beasley to pair him alongside Mack with hopes of creating a deadly one-two punch.

As much as the free agency could help the Bears, given their cap restraints, the trade market may be the best route to go at this point. Should the Bears do that look for Raiders OL Gabe Jackson as a possible target. Not only is Jackson 28, but he has experience anchoring a line as he has done so in Oakland for the last six seasons. Injuries have slowed him down and prevented him from playing a full 16 game season the past two years. However, he still grades above average for his position and would help the Bears immensely.

Another off the wall trade candidate could be none other than Robert Griffin III. Although no direct connection has been made between the two sides as of now, the Bears could do way worse than having the former No.2 pick and offensive rookie of the year as their backup. Griffin checks a lot of the boxes that Bears are looking for in a backup QB and has proven he can deliver if called upon. If you don't ask him to do too much, he would be fine.

Other potential trade candidates to keep your eye on are TE's Hayden Hurst and Josh Oliver as well as possible offensive line reclamation project in Cam Robinson. All three of them bring something different to the table for an offense that is looking to rediscover a new identity. Defensively, CB Sam Beal is a low-risk option that the Bears could use to add depth to their secondary, which I think will be a focus this offseason.