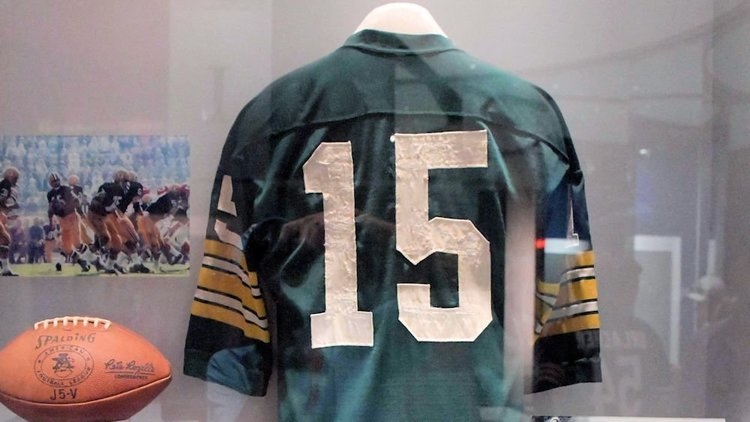 Growing up a Bears fan the first thing you are taught is to say Green Bay sucks. It is a mantra to repeat your whole life in Chicago sports along with, Detroit sucks for hockey and St. Louis sucks for baseball.

To this day, when I see someone wearing green and gold, not even the uniform just those colors, I get agitated and want to get in their face and start ranting about the Packers. So, you can imagine the anguish to be a Bears fan in the ’60s when to be fair, the Bears were not very good, and the Packers were on their way to becoming football's version of the 1920 Yankees.

The one thing that always got in my way for complete dislike of all things Packers was their Hall of Fame quarterback Bart Starr. Even Bears fans could not secretly help but think, man if he were just on our team we would be 3-11 instead of 1-13.

Watching him pick apart the opposition, especially the Bears defense, was a thing of beauty. Granted he had some unbelievable players alongside him, but if you are truthful, you will admit he was special.

Remember, it was a different era back then. Many coaches held the belief of Woody Hayes, that when you threw the ball three things happened, and two of them were terrible, so run, run, run, the ball they did. With their offensive line and all-star running backs they shoved the ball down your throat every game.

When they needed to throw it, they had number 15 back there, and he only needed a few seconds to find the open guy and pick up a first down to keep the drive going. When playing the Bears, he was further delayed by deciding which of the five guys he should throw to that were open.

Many years later, on one of my multitude of business trips around this great country, I was sitting at the Phoenix airport waiting for a flight that was bringing me back home, albeit in four hours, when I noticed a shadow fall over my book and felt someone sit across from me in the gate area.

Being the seasoned traveler, I did not look up because I didn’t want to make eye contact with the assumed 92-year-old grandmother I figured was sitting across from me so early for the flight.

After about 10 minutes I glanced up and was shocked to see Bart Starr sitting there reading his book and not wanting to make eye contact with another bothersome fan. Naturally, I immediately said to him, “you broke the hearts of us Bears fans many times over the years.” He smiled and said, “yeah, those were fun games to play. I always appreciated the Bears fans for their support of their team and the respect they showed the Packers and me.”

I told him he should have been sitting in the stands than for a different perspective.

In any case, we started chatting about life like any other two people would in that situation, and before I knew it, it was time to board our flight. I thanked him for his time and the memories, and he said likewise and on our separate ways we went.

It was one of the top five great moments in my life and something I’ll never forget. To have the opportunity to speak with, not only, a sports hero but an absolute gentleman was an honor.

Bart Starr died today at 85 years old from complications of a massive stroke he suffered in 2014. Our thoughts go out to his family, the Green Bay Packers, and his millions of fans around the country.