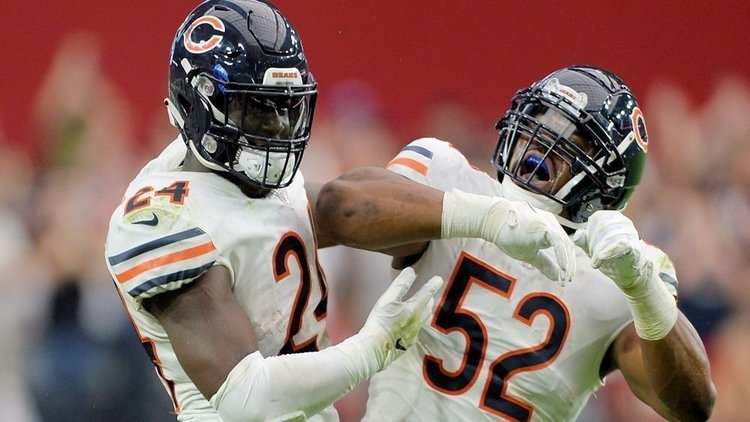 We are now five weeks away from training camp kicking off for our Bears and with mini camp just concluded let’s look ahead to what we should be focusing on once camp starts. I wrote in my previous column that there were four areas of interest I would be watching, and nothing has changed since minicamp.

A field goal kicker is still a problem. I suggested the Bears find three guys, bring them in and let them have a go at it. They listened and did just that like good soldiers. It failed miserably so go out and find three more for training camp. The first batch couldn’t hit the broadside of a barn with nobody charging them. Imagine when four, 275-pound angry men, are coming after them.

Next, I said I was going to want to see improvement at the running game, and David Montgomery looks like he is going to be fun to watch this year. Dustin Riese has written two excellent pieces rating running backs and full backs elsewhere in this website, find them and read them. I will be stunned if the Bears aren’t one of the most improved running teams in 2019.

In conjunction with that, the offensive line needs more depth, and minicamp showed that some guys have improved, but we are still a ways away from actual comfortable depth here. Look for Matt Nagy and his coaches to spend considerable time here trying to find another two or three guys they can count on.

Finally, a game breaker wide receiver was my fourth need, and by all accounts, Riley Ridley had himself a heck of a camp. He and Mitch Trubisky seemed to be in synch all minicamp, and that is encouraging. I will look to see if that continues in full camp.

The next five weeks are essential for the coaching staff to evaluate what they just witnessed and to determine where they need to focus their time in camp. Do they need to bring in other guys, what positions, and how many, are what is being discussed right now at Halas Hall?

They are also tweaking game plans and plays to make use of the new guys better and returning vets so that they have everybody in the best possible positions to succeed this year. Fans are going to expect more, and so are the coaches.

For the players, it is the final chance for them to get up to speed on the playbook and to go over the video to see where they need to improve before camp starts. They will be increasing their workouts to gain some extra strength and energy.

This is the calm before the storm, so get ready, it is just around the corner.