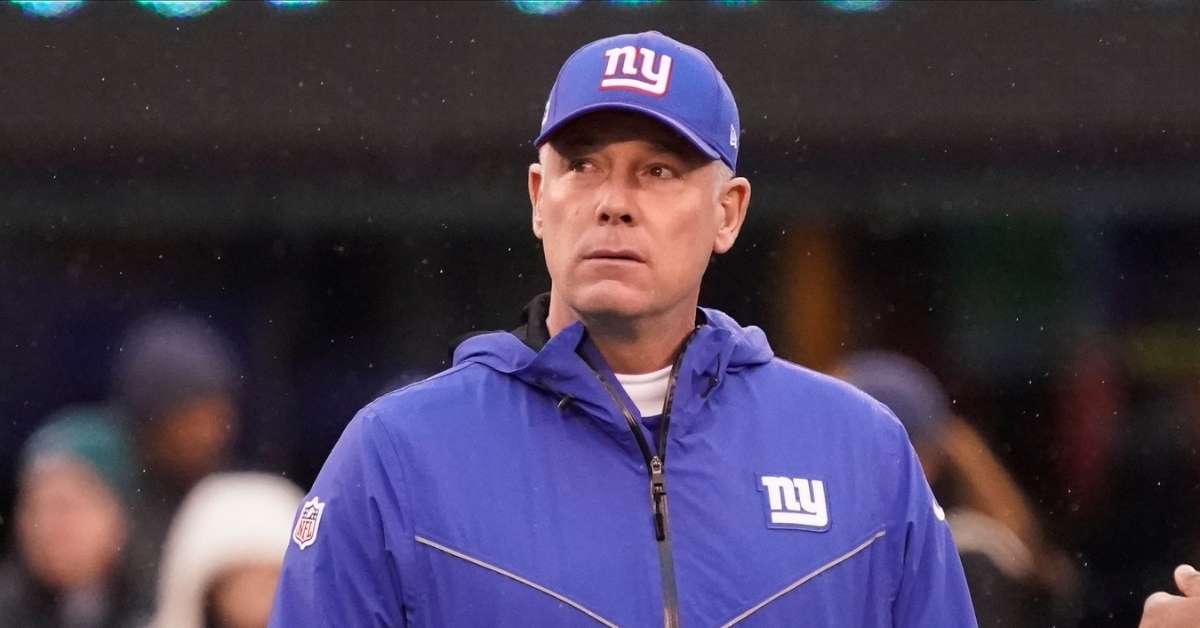 I am stepping away from the year in review section for a day to discuss the possibility of a very bright mind becoming the Bears' new offensive coordinator.

All season long, it was evident that Mark Helfrich was in over his head in terms of running the offense despite Matt Nagy calling most of the plays. The lack of consistency throughout, 23 games out of 33 games coached scoring 20 points or less ultimately cost Helfrich and other coaches their job at the end of the season as the team looks to reboot that side of the ball.

Chicago has already shored up some of the pieces they lost by brining in Juan Castillo as the new offensive line coach, hoping that will help that unit become a more physical and consistent group. None of the new hires will matter if the offensive coordinator spot is not filled with a bright mind who has a successful track record of running an offense.

I fully understand the trend to get younger and bring in a new mindset, but one coach is starting to show interest in taking the Bears job, which would be a prominent hire if available. That man happens to be former Giants head coach Pat Shurmur. Most coaches tend to want to take some time away from the game after they get fired from an organization. Shurmur doesn’t appear to be one of those guys as he has expressed interest in the Bears OC vacancy.

Not only does Shurmur want to keep coaching in 2020, but he will be a highly sought-after man, especially for offensive coordinator positions, which is something the Bears currently have left to fill. Despite not being very successful in two stints as a head coach, his credentials are second to none regarding what you look for in an offensive coordinator.

Also, the Bears did interview Shurmur for their head coaching gig before ultimately giving the job to Nagy, so the organization has liked him for a few years now. Nagy also has a great relationship with him as the two of them crossed paths in Philadelphia, making this a logical destination for him, given the connections he has with both the coaching staff and the organization.

Despite all the connections, does the fit to bring in Shurmur even make sense? You bet it does. This is the type of offensive coordinator you should be lining up to scoop up even with his poor head coaching record. Some coaches are not cut out to be head coaches, and Shurmur may be one of those men. He does, however, know how to run an offense, and his career track record can certainly back that up.

Shurmur checks three boxes that the Bears should be looking for when deciding on who to bring is as their coordinator. The first box is the most important, which is his successful history of being a great play-caller. Look at the last coordinator job he had with the Vikings. Shurmur lost Sam Bradford after week one and had to work with Case Keenum the rest of the way. Not only was that not a problem, but Keenum went on to have his best year as a pro, ultimately signing an excellent free-agent deal with Denver. Keenum hasn’t done much since so Shurmur can be credited with that success story.

The second box that he checks off is a coordinator that has head coaching experience. Although limited at that, five years as a head coach, Shurmur knows what it takes to be a head coach in this league, and Nagy, as well as the other offensive coaches, would benefit by having him bounce ideas off them in the meeting rooms. The final box could end up being the most important one even more so than play-calling, which happens to be the history of quarterback development under Shurmur.

Going back to what Keenum was able to accomplish under Shurmur and even Rookie Daniel Jones this season in New York, Mitch Trubisky should be on the phone right now trying to reel this man in. Shurmur as always understood how an offense should be run and takes the time to put the team in the best position possible with the way he calls his plays. That is how you groom a quarterback to become the best they can be.

Yes, we saw Trubisky grow a ton as a QB this season, but there were still a lot of inconsistencies in his game. If Shurmur were to come here, not only would he hold Trubisky to a high standard, but he would be able to get the most out of him while morphing the offense to what Mitch does best. That should not only make Trubisky more comfortable overall, but you should see way more consistencies top to bottom. All these qualities are something the Bears need to be looking for when picking their next OC.

Given the long and successful track record has had calling plays for the Browns, Rams, Giants, Eagles, and Vikings, I wonder if Shurmur would wait for an opportunity to become the CEO of an offense where he would be the full-time play-caller instead of coming to Chicago where he would be second in command behind Nagy. Yes, Nagy could give up his play-calling duties in favor of Shurmur, but I just don’t see that happening. At least not yet.

Both Nagy and Shurmur are great offensive minds and would probably work very well together. Yes, some coaches like Sean McVay, Kyle Shannahan, and Andy Reid are great when it comes to being both play-caller and Head Coach, but not many others have had continued success at doing both. Nagy was great at it last season, but couldn’t rediscover the magic this year.

Bringing in a guy like Shurmur may help Nagy realize that he doesn’t need to do everything and may give up complete control of the offense should he feel Shurmur is more adequate to run things better. Obviously, at this point, we don’t know what the Bears plans are, but what we do know is that there is a fit here, and the Bears should be looking to snatch him up sooner rather than later.