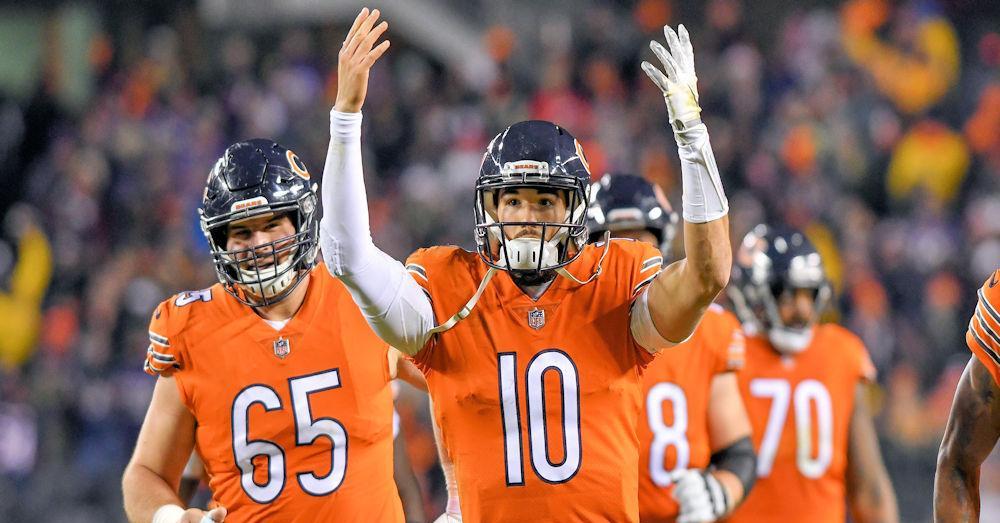 Let's just get right into my NFL Preseason Power Rankings:

1. Patriots- I find it impossible to move a team coming off of a championship out of the one spot. I need to be shown that their not the best before they budge from the top spot.

2. Chiefs- If a lousy coin toss goes the other way, it’s likely the Chiefs make and win the Super Bowl. I’m going to pencil the Chiefs in at two with relatively the same roster with some defensive improvements. Another year or Mahomes magic does nothing but excite me.

3. Saints- The Saints were a call away from playing in the Super Bowl last year. This year depends on Drew Brees and if he shows signs of aging or not. The rest of the Saints are a young and hungry group, trying to reward their QB1 with ring number 2.

4. Eagles- With Wentz as the only proven starter at QB, a lot depends on his health. However, it’s hard to forget this team won a super bowl two seasons ago. The roster can stack up against anybody in the league.

5. Bears- The best defense in the league last year returns almost the same starting 11 this season, with an upgrade at the safety position. This season rides on Mitch Trubisky’s shoulders if he can improve and grow- it’s likely the Bears find themselves in the playoffs again.

6. Chargers- the Chargers may have the best roster in the AFC, as deep as any. If the Chargers can withstand a couple of injuries and the holdout from Melvin Gordon, and Philip Rivers can keep making throws- they could represent the AFC in the Super Bowl.

7. Rams- the NFC’s representative in last year’s Super Bowl comes in at seven on our list. The reason they are not higher is because of how disappointing their Super Bowl performance was. Their defense is phenomenal, and the roster is deep, here’s another situation where it’s up to the quarterback to prove how good the team truly is.

8. Colts- Andrew Luck is primed for a season of success if healthy. The Colts surprised the world last season, rattling off wins down the stretch. A year of growth for the young roster should only mean another playoff push for the boys in blue.

9. Cowboys- despite what Jerry Jones thinks, this team absolutely needs Ezekiel Elliot to have success. Should they pay him, expect to see the Cowboys play in the postseason.

10. Texans- If the Texans can find consistency in their running game, it is possible the Deshaun Watson can lead the team to the postseason and beyond.

11. Falcons- Ever since the Falcons’ devastating loss in the Super Bowl three years ago, they have continued to disappoint fans. However, this season the Falcons look hungry to get back into the postseason and dethrone the Saints atop the NFC South.

12. Steelers- After losing Le’Veon Bell and Antonio Brown, it will be interesting to see how the Steelers respond. It’s up to James Connor and JuJu Smith-Schuster to emerge as Big Ben’s new big three. It is certainly possible, but if it doesn’t happen the Steelers could be in for a long year.

13. Packers- The past few years have been underwhelming for a franchise used to success. A healthy Aaron Rodgers, paired with a drive to chase the Bears our of the NFC North crown should be a good mix for the Packers in 2019.

14. Vikings- After almost reaching the Super Bowl, the Viking's disappointment last year. This year is key to proving the Kirk Cousins signing meant the team was legit, and not the other way around.

15. Seahawks- The Seahawks were surprisingly a playoff team last season. Even though they were in somewhat of a rebuilding year, the roster is not as good as in years past, but if Russell Wilson can continue to prove that he is elite and make the players around him better, the Seahawks could continue to turn heads this season.

16. Ravens- Another year of Lamar Jackson is both exciting, and his health is a key to the season. If Jackson can continue to perform the way he did last season, the Ravens should win the AFC North. If not, that division is up for grabs.

17. Browns- The Browns improved their offense all over in the offseason. If the defense can play to its potential and Baker Mayfield plays the way he did last season- the Browns could be making noise all over the NFL this season.

18. Titans- The Titans are constantly slept on and always find themselves in the playoff picture. With no significant changes to their roster expect to see more of the same this season.

19. Panthers- Cam Newton and Christian McCaffrey are must-see TV. But if the rest of the Panthers don’t step up this season, especially defensively, expect the Panthers to miss the playoffs again.

20. 49ers- If Jimmy Garapolo can stay healthy, his true quarterback skills could lead the 49ers to a playoff appearance. However, the holes on the roster make it more likely that they finish 3rd or 4th in the NFC West.

The rest of the NFL: