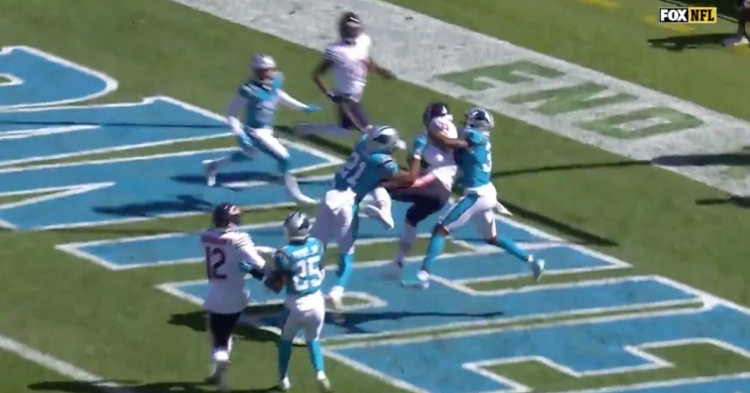 CHARLOTTE, N.C. — The Chicago Bears got off to a hot start at Bank of America Stadium on Sunday. On the Carolina Panthers' opening drive, quarterback Teddy Bridgewater narrowly avoided getting sacked in the end zone, with the ball being spotted at the 1-yard line. He then got picked off on the very next play.

Bridgewater's pass to wideout Robbie Anderson bounced up in the air after Anderson was hit while attempting to make the catch. Bears safety Tashaun Gipson took advantage by picking it off. The Bears' possession off the turnover was plagued by clock management issues, but, on third-and-goal, quarterback Nick Foles threw a nine-yard touchdown pass.

Coming down with his first touchdown reception as a Bear, rookie tight end Cole Kmet snagged Foles' pass in a tight window and hung on as he went to the ground in the end zone. The Bears took a 7-0 lead in the Week 6 matchup at the 11:40 mark of the first quarter.

You really REALLY ?? to see it.