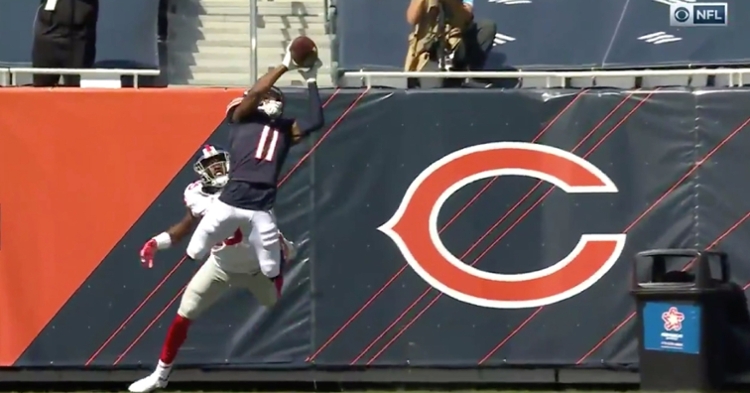 Darnell Mooney made a leaping grab in the end zone, putting the Bears up 17-0 on the Giants before halftime.

CHICAGO — Hauling in his first career touchdown catch, rookie Chicago Bears wide receiver Darnell Mooney made a leaping snag in the end zone, putting the Bears up 17-0 on Sunday. The Bears took a commanding lead over the New York Giants at Soldier Field with an 80-yard drive before halftime.

Mooney capped off the 11-play possession by beating his defender and jumping up to secure a high pass thrown into the end zone by quarterback Mitchell Trubisky. The 15-yard touchdown came with 14 seconds left in the second quarter of the Week 2 contest.