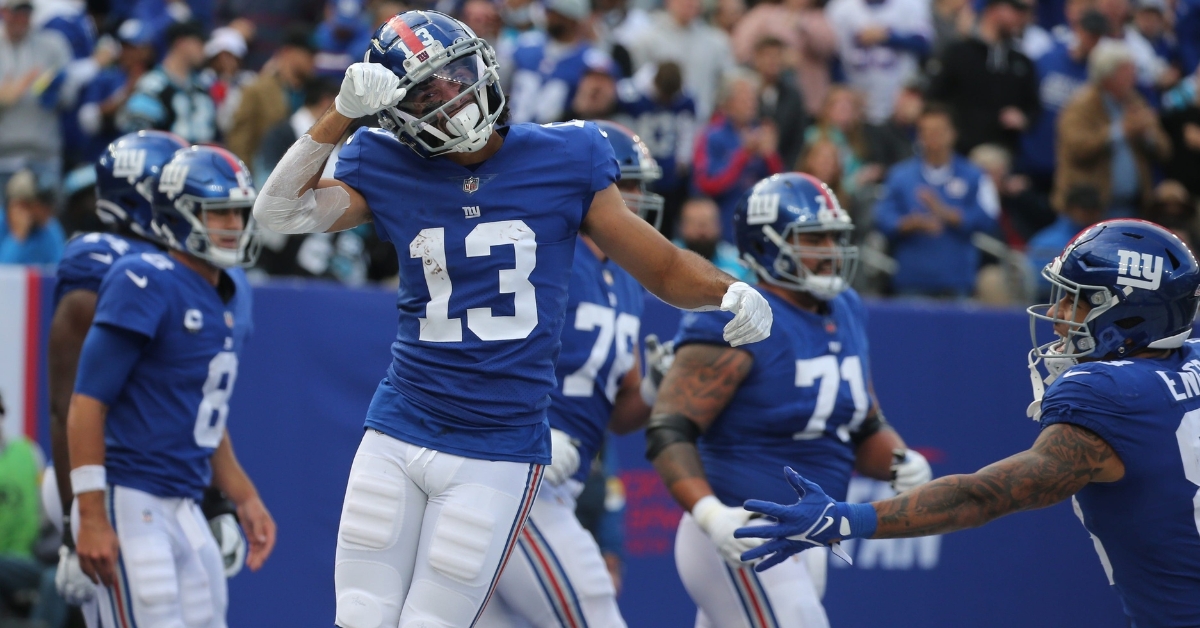 Pettis has caught 52 passes for 739 yards and nine touchdowns in his 33 games played in the NFL with the Giants and 49ers.

He had 14 catches for 163 yards with two touchdowns last season.

The 49ers drafted him in the second round of the 2018 NFL draft out of Washington.

Sharpe has registered 117 catches for 1,397 yards and eight touchdowns during his 66 NFL games with the Falcons, Vikings, and Titans.

The Titans selected him in the fifth round of the 2016 NFL draft out of UMASS.

The Chicago Bears announced Wednesday night that they have claimed tight end Rysen John off waivers from the Giants and waived tight end Jesper Horsted.

John has played for the Giants the last two seasons but has not been in a game. He was an undrafted free agent out of Simon Fraser University in 2020.

The Giants waived the 24-year-old on Tuesday.

Horsted had two touchdown catches with the Bears in 13 games over three seasons.