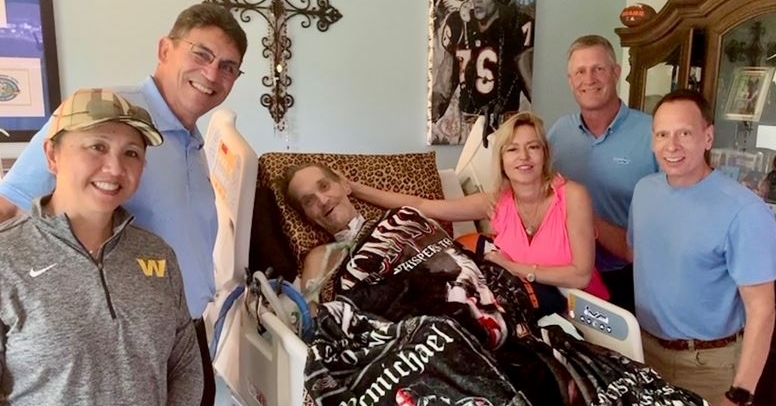 Former Chicago Bears offensive lineman Tom Thayer has started a petition to get his former teammate Steve 'Mongo' McMichael into the Pro Football Hall of Fame.

McMichael is currently battling ALS, which he was diagnosed back in 2021.

“This is not a sympathy petition. This is a petition that Steve McMichael belongs in the Hall of Fame,” said Thayer via WGN. “If you would have asked people around the league 20 years ago, 30 years ago, or even yesterday, you have that recall of what Steve’s value was on a football team."

Thayler believes that McMichael is a true Hall of Famer for what he has done for Chicago.

“When you think about the Hall of Famers, that’s when you think about ‘What did they do above themselves to make their team, their organization, their city better?'” said Thayer. “There’s a long list of what Steve did as a man, as a football player, as a person for everybody on the team.”

Description of the Petition:

Mongo has been overlooked by the Pro Football Hall of Fame for far too long. Now, McMichael is suffering from ALS, Lou Gehrig Disease. He cannot swallow, move his arms or legs, or speak. He has lost at least 100 pounds.

Team Mongo is not doing this out of sympathy. Team Mongo is doing this because Steve DESERVES to be in the Pro Football Hall of Fame! We need everyone to sign this petition so the HOF gives special consideration to Steve to induct him before it is too late. Steve is hanging on to see this happen. PLEASE SIGN THIS PETITION AND SHARE WITH YOUR FRIENDS AND FAMILY, TEAM MONGO!!

Steve's teammates, Coach Ditka and respected reporters believe he deserves this honor and have spoken to the media about it.