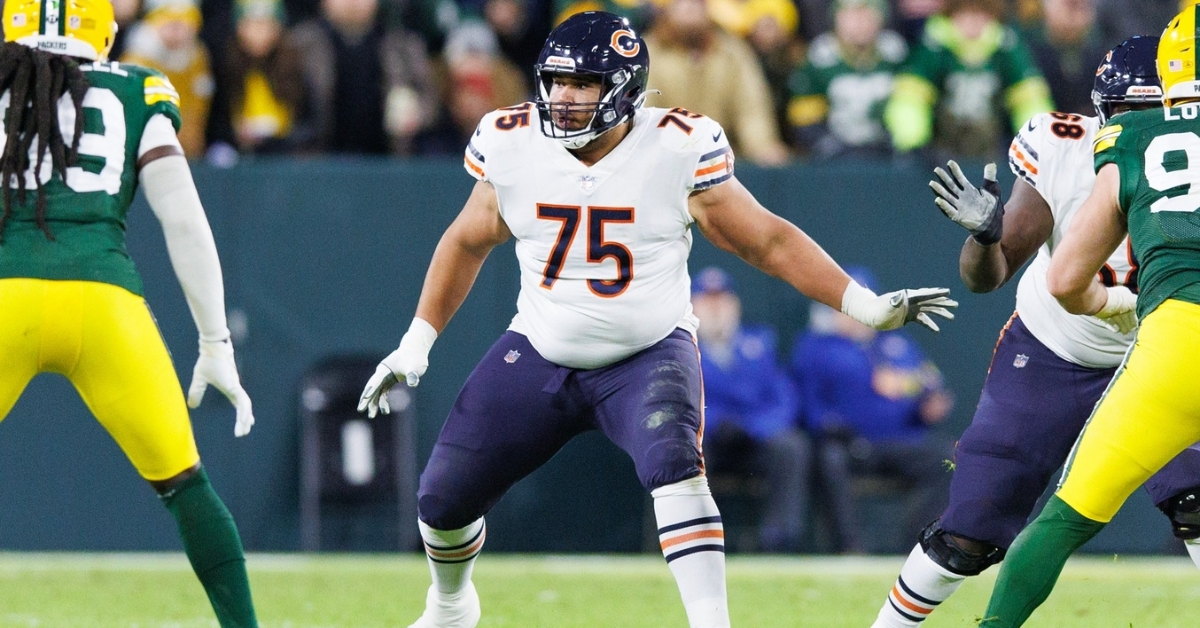 The Chicago Bears announced on Friday that right tackle Larry Borom will miss Sunday's game against the Dallas Cowboys with a concussion.

Borom could not practice this week because he was in the concussion protocol.

He has been a starter in all seven games this season.

"You've got three guys that were starting for us at one point [unable to play in Dallas]," said coach Matt Eberflus during his press conference. "Guys have got to go in there and do the job, just like 'Scho' and Sam Mustipher did last week too.

"So it's going to be much of the same. That's a really tight group. They're close to each other. They have really good coaches. We're going to go in there and get it done."

The Bears are pretty thin on the offensive line as left guard Cody Whitehair and center Lucas Patrick are both currently on the injured reserve.