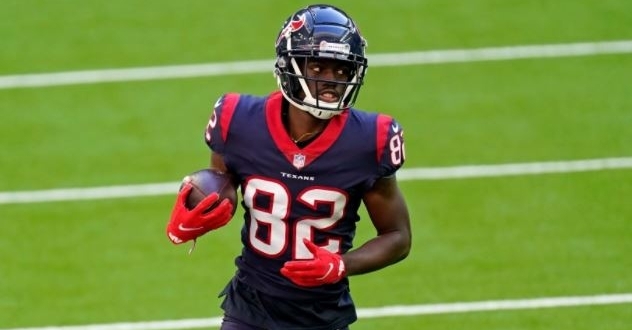 As we get set for the final preseason game of 2021 this weekend, many roster decisions need to be made across the league. Typically, the third preseason game is the dress rehearsal for most teams, so it will be interesting to see if that is how this game is handled this weekend.

To go along with that, there usually would be an additional game after week three for teams to get a good look at the rest of their roster to make sure they have the right 53-men for week one. Without that final week, the next two weeks of training camp will be extremely critical as teams will have to make many decisions based on players performances at camp.

While many teams may be cutting loose some players to make things easier for the final decision, the Bears continue to scour the free-agent market and add to their roster. The newest face joining Chicago will be Rhode Island receiver Isaiah Coulter who will be added to the receiver mix. It has not been a secret that the Bears were looking to improve on offense this season, but predicting who gets what spots at receiver is starting to become a huge question.

Of course, you have Allen Robinson and Darnell Mooney, who will be the team's top two targets with free-agent acquisition Marquise Goodwin is an excellent bet to be the No. 3. Fellow free agent Damiere Byrd looks to be in line to grab the final starting spot, but what happens after that is where the questions begin.

Not only do the Bears have guys like Javon Wims and Riley Ridley looking to make the roster, but Rodney Adams has emerged as a favorite target for Justin Fields this preseason, so don't expect him to be thrown aside lightly. Then add in rookie Dazz Newsome who, although injured right now, has the play-making ability to make things happen, and the Bears have plenty of names to choose from to fit the final receiver spot on this roster.

Coulter is another one being added to the mix, and although a late arrival at camp, expect the Bears to give him the same opportunity as everyone else. Coulter has been around Halas Hall the past week as the Bears brought him in for a tryout last week. Team executives must have liked what they saw not to let him get away as he has officially been signed and added to their roster for the time being.

Coulter may not be the most familiar name for the casual football fan as he didn't come from one of your high-end FBS programs. Instead, Coulter made a name for himself at the FCS level playing for the University of Rhode Island. In 2019, Coulter put together his best season and earned himself second-team all-Colonial. During that year, he hauled in 72 passes for 1039 yards to go with eight touchdowns.

That type of production allowed him to get drafted by the Houston Texans in the fifth round of the 2020 NFL draft, only to be released the following offseason. Bringing in a guy like Coulter with his pedigree is not going to fix the receiver depth in the room, but instead, you're taking a flyer on someone who has the potential to do extraordinary things if given a chance.

Coulter may be raw, but he is an extremely talented X receiver with NFL length, speed, and athletic ability. For those unfamiliar with what an X receiver is, they would be considered a split-end receiver who often line up on the weak side of the desired formation. One thing that makes him a raw player is his limited route tree when on the field, as he doesn't pay close enough attention to detail to perfect those routes.

However, when he is on the field, he is loose, fluid, and has the overall athletic talent to correct those issues and become a better route runner. His lack of route running allows defensive backs to get off the hook as they don't need to be as crisp in coverage as they typically would. Coulter does have the burst and speed to take the top off the defense as he continues to learn how to be better playing the ball.

Coulter seems like a long shot to make the roster at this juncture, but given that both Wims and Ridley haven't stood out, the door is open. Right now, that door seems to be opening for Adams, who continues to impress, but don't underestimate Coulter. Even if he doesn't make the opening week roster, he is the type of prospect that you want your receiver coach to get his hands on. That way, they can develop him at their own pace to make sure he is fully ready, and once that happens, the production will follow.

Big fan of Isaiah Coulter. Could develop into a solid X wide receiver.