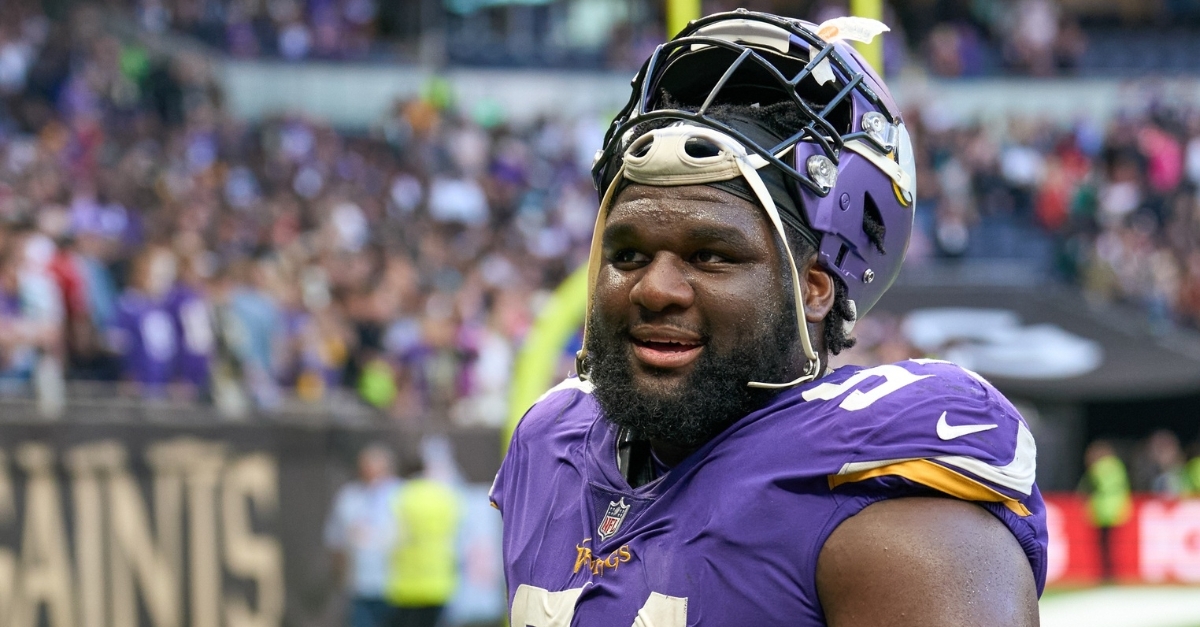 When you go 3-14, finish last in your division, and earn the No. 1 pick in the NFL draft, not much went right for you that season. The Chicago Bears found that out firsthand this past season as they ended the season on a franchise-worst 10-game losing streak en route to a franchise-worst 14 losses.

There is plenty of blame to go around, but the bottom line is this roster was not talented enough and has way too many holes that need to be filled.

That is where Ryan Poles comes into play, as the 2023 offseason could go down as the most significant offseason in Bears' history. Not only does holding the No. 1 pick come with its perks, but so does having the most cap space as anyone as the Bears should be in play for just about every free agent out there.

Looking at the Bears roster, you can point to every position as a problem that needs to be addressed in some way. The defensive side especially needs some retooling, as they were putrid at best a season ago. That happens when you lose Kyle Fuller, Khalil Mack, Akiem Hicks, Roquan Smith, and Robert Quinn within a calendar year as every playmaker the Bears have leaned on since 2018 found new homes.

That put this team behind the eight-ball before the season got underway, and it only got worse from there. Chicago was able to cover up some of those losses with intelligent draft picks, but they could only cover up some of them, with the most extensive area of need coming in the trenches. Known as a team that could get after the QB and stop the run, Chicago not only had trouble stopping the run this season, but also ranked near the bottom third in the league in sacks.

Poles knows he needs to improve that area of the defense, and there could be an option within the division to do just that with Dalvin Tomlinson set to become a free agent. After spending the last two seasons with the Vikings, the soon to be 29 year old is on the market again and could be just what the Bears need in the trenches.

Despite the Vikings defense ranking near the bottom in most categories, Tomlinson was not part of the problem, as you could argue he was the defensive MVP for the team this season. That alone could attract Poles to him as he not only can stop the run, but can get after the QB too.

Looking back at the 2022 season, Tomlinson did miss some time with a quad injury, but when he was on the field, he played at an elite level. He finished the regular season with a career-high 29 quarterback pressures despite missing four games with an injury and received their eighth-highest grade as a pass rusher (79.1) among DLs that played at least 500 snaps. Who knows where those numbers would have been had he played a full 17-game slate?

One of the things that might attract the Bears to him is his versatility as a player. Not only did he play in a 3-4 system this year, but he has also played in a 4-3 system, so he can adapt to any system. Whether a 3-4 or a 4-3, Tomlinson has been a wrecker against the run, and that is something the Bears would like to get back to doing.

When you look at how bad the Vikings defense was, the Bears were even worse, as they finished 29th in yards allowed and dead last in points allowed. Tomlinson can say he did his part, as the Vikings defense was much better when he was on the field. Prying him away from a division rival would be huge for Chicago, and it should be less than you would think.

Tomlinson is finishing a two-year contract with the Vikings, where he made 21 million. Look for him to get another two or possibly three-year deal with an annual figure of eight million dollars. That is a bargain when you look at his production and what he could do for this team.