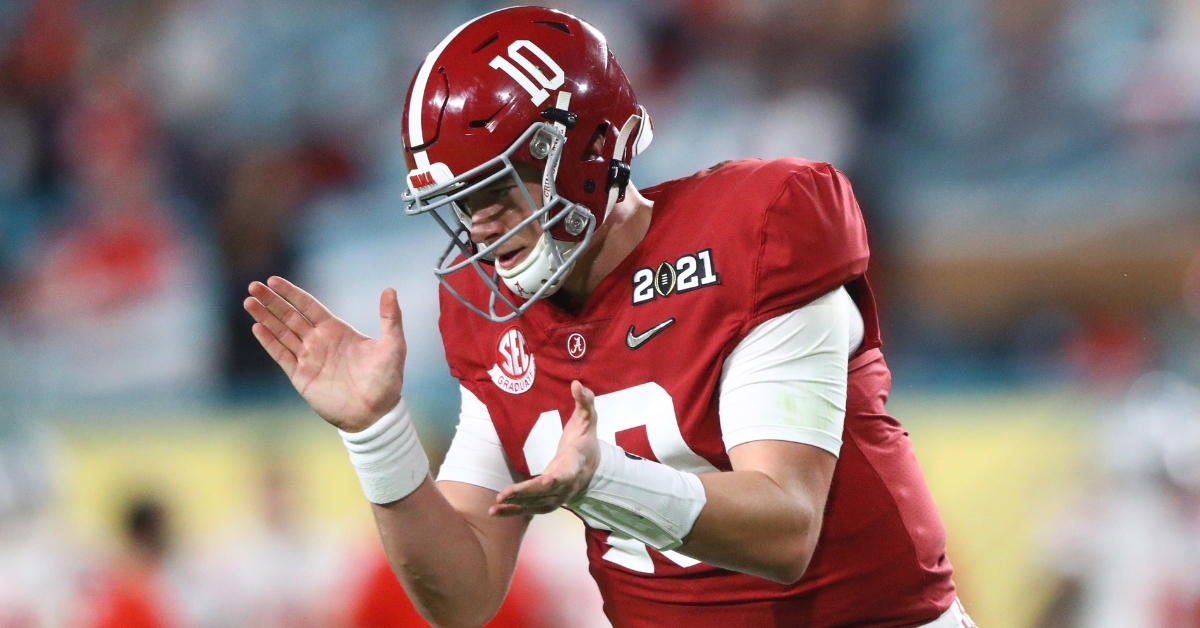 The Chicago Bears will kick off the 2021 season with a combo of Andy Dalton and Nick Foles as their top two quarterbacks.

Both are veteran quarterbacks, and the Bears will likely try to bring in a talented signal-caller through the upcoming 2021 NFL draft if the cards fall their way.

One option would be to use their No. 20 overall pick on a quarterback that slides to their spot in the draft.

Heisman finalist and former Alabama quarterback Mac Jones could be someone that fits that mold as the Bears recently watched him during his Pro Day, and according to reports, had a "great" pre-draft meeting with the organization.

“We just talked football for an hour straight,” Jones said to Dan Wiederer of the Chicago Tribune. “That’s the best type of meeting for me. …Hopefully, I’ll get a chance to talk to them more and see where that relationship goes.”

Mac Jones had a 123.9 passer rating under pressure last season

The Bears are expected to be at Mac Jones' second Pro Day on Tuesday to scout him further.

Jones will likely not be on the board at No. 20 overall when the Bears are selecting but if he is still there, look for the Bears to grab him as their next hopeful franchise quarterback.

This is smart of the Bears to do their due diligence as there are five quarterbacks that are likely to be taken in the first round and one could fall to them with their first pick.