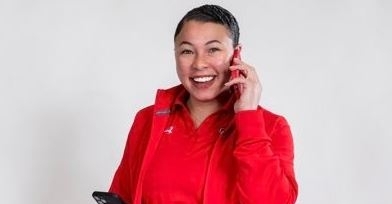 Washington has a full-time scouting role with the Bears

Over the better part of the last three or four years, we have seen countless organizations give female coaches a shot to show what they can do on a coaching staff. While most females involved in the NFL are lower on the totem pole, they are still part of an organization that is a step in the right direction. At some point, you would think that one of these female coaches will have an opportunity as a coordinator or head coach at some point, but until we get to that point, it is nice to see them get a chance.

One organization that was yet to hire a female coach or a female position within the organization was the Chicago Bears. That is surprising when you think about it, as Chicago is considered one of the charter franchises in the NFL. That means they should be setting a standard for teams to follow instead of following a trend that others set first.

Across the board, all sports have a long way to go to get to gender equality and diversity among the coaching ranks, but the NBA and NFL are trending in the right direction. For the Bears, they made history within the organization on Monday as they hired Ashton Washington as a scout. Washington not only becomes the Bears first-ever female scout, but the first female to hold a high-ranking job in the organization that is tied directly to the Bears coaching staff.

Washington is no stranger to the scouting side of the NFL as she held an intern role over the summer in the same department. The Bears must have loved what she brought to the table as the intern tag was removed, and she is now a permanent part of the organization. The Bears brought her in from the Bill Walsh Diversity Coaching Fellowship when she was hired as an intern.

Upon her arrival, the Bears could see how knowledgeable she truly was as she had prior experience at Texas Tech as the Director of Recruiting Operations and Creative Content. Come to think about it, recruiting in college is similar to scouting in the NFL as you are looking for players to join a program or a team based on what you see in person or on film.

Washington also held a role with the Houston Roughnecks as a game-day operations specialist, so she has been involved with football for the last few years. This hire makes Washington the first-ever female in the scouting department for the Bears, which is a breakthrough for the diversity in this league. Seeing that happen is always a great thing, especially when it pertains to the Bears historic franchise.

The Bill Walsh Diversity Coaching Fellowship has done wonders for this Bears organization, and Washington is just another name to pluck from the list.

She joins Ronell Williams (Defensive Quality Control) and Henry Burris (Offensive Quality Control). They were recent interns on the Bears staff only to be appointed full-time jobs by Matt Nagy. Current RB coach Michael Pitre was also part of that program, but was hired by Andy Reid in Kansas City before coming to Chicago.

This may look like a small step for now, which it may be, but this will have lasting effects not just in the Bears organization, but for all organizations. Washington is joining a group of coaches with a similar path to hers, filling an important spot within the organization. Seeing females get hired in the NFL is always something the league is looking at doing more, so this is an excellent decision by Chicago.

The @ChicagoBears hire @NFL Women’s Careers in Football Forum 2021 participant, @aawashington_3 in a full-time scouting role after she spent the summer as a scouting intern.

Ashton is the first woman to hold a scouting role with the Bears.