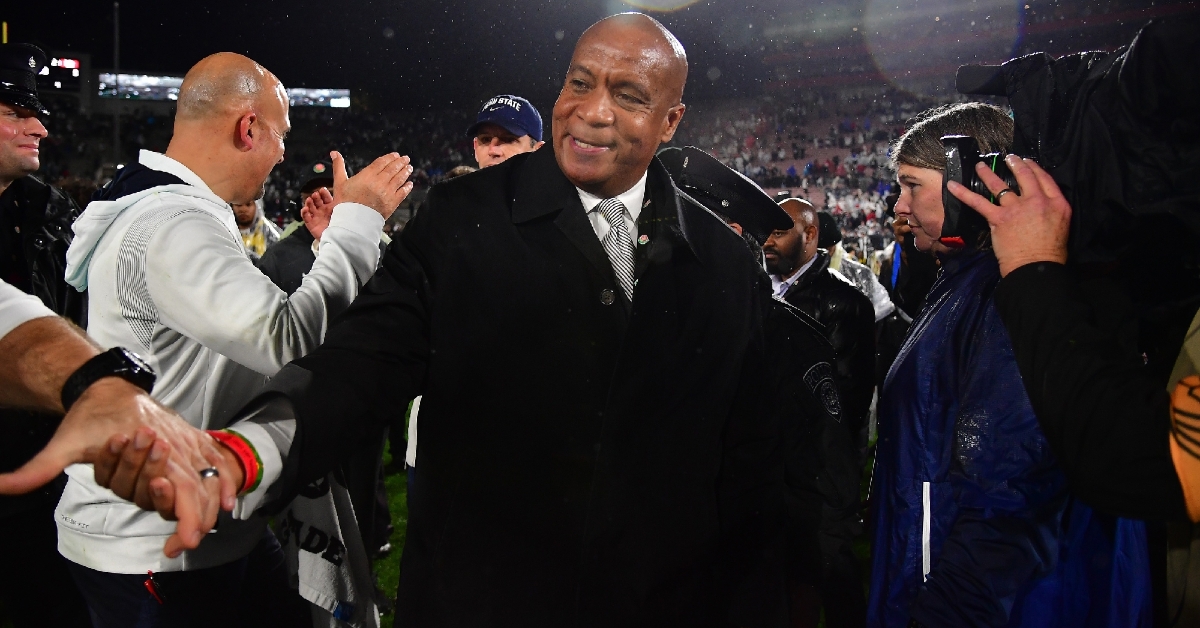 Over the last calendar year, the Chicago Bears have gone through a drastic organizational makeover and may not be done. It was Matt Nagy and Ryan Pace getting the axe last season and replaced by Ryan Poles and Matt Eberflus. While no drastic changes like that may happen this offseason, the Bears will need a new president and CEO as Ted Phillips is stepping down after this season.

That is joyous news to many Bears fans, and this decision has been in the works for a while now as he announced that he would be stepping down in September. That gave the Bears ample time to put a plan in place for who they would like to replace him. Given the location of this organization and the rich history it possesses, the candidates are going to be plentiful as the Bears look for the perfect leadership.

However, even with no decision being made or a list of candidates being released, one strong candidate has emerged, and one the Bears will keep a close eye on over the coming months. Not only that, but fans of the Midwest should be very familiar with his name as ESPN's Pete Thamel reports that the Bears are closing in to make BIG 10 Commissioner Kevin Warren their next CEO and Team president.

Given that the BIG 10 is located in Chicago, you can see why the Bears have at least some interest, as they have already spoken to him several times about this position. With Phillips retiring in the coming months, Warren will garner some consideration, and it would be a massive hire if the Bears chose to make him the new President.

Warren is no stranger to the NFL, as he spent more than two decades in the NFL before taking over as BIG 10 commissioner. He served as the Minnesota Vikings’ Chief Operating Officer before accepting his current position as the boss of a top college athletics conference. That puts him back in the division he was very familiar with, and he knows what it takes to create a winning culture in this division.

“We have not set a timeline for announcing Ted Phillips’ successor,” the Bears said in a statement Thursday via ESPN. “Our search team has cast a wide net, spoken to many outstanding candidates, and looks forward to introducing our next President and CEO at the process’s conclusion.”

While that may be true, there are reports that the Bears have been looking for a new CEO since last summer, even before Phillips announced that he would be stepping down. Since the announcement, the Bears have been doing their homework and have conducted plenty of zoom interviews, including one with Warren.

When Phillips does step down following the 2022-23 season, it will mark the end of his run as one of the only people outside the McCaskey family to hold the position of President/CEO of the Bears. He will have held the job for 23 years when he retires in a few months. There were a lot of highs during his time, but also plenty of bad, including the season the Bears are enduring right now.

A big reason why the Bears are so interested in Warren dates back to his days with the Vikings when he was front and center in getting their new stadium constructed in 2016. Considering how the team has purchased a 326 ACRE property in Arlington Heights, should Warren accept the position if offered, the Bears could see a similar undertaking happen with a new proposed stadium.

Even if the team were to stay in Chicago, you can bet that Warren would work with the city of Chicago to, at the very least, put in a nice remodel of the current Soldier Field to make it more NFL-appropriate. Regardless of what happens in the coming months, Warren is a great candidate for the Beras, and they would be lucky to have him if he does accept the CEO position.