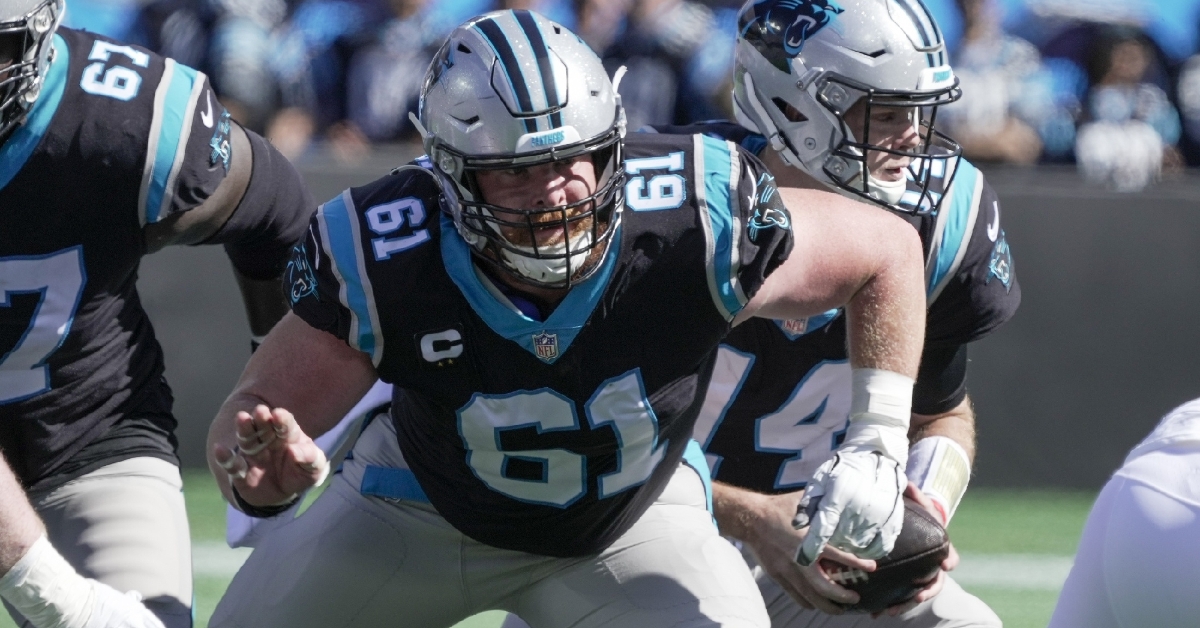 Give the Chicago Bears and their offensive line some credit for the strides this offense has made. Sure, it isn't always pretty, but the offensive line has improved since the beginning of the season, and the results speak for themselves. However, there is still work that needs to be done on the offensive line, which is somethign the Bears should continue to address.

Ideally, the NFL draft would be a great place to start, but with other glaring needs for this team, that may not be the route to go. There is the trade route, but what type of capital are the Bears willing to part with to make things happen. Given what this team has in cap space and knowing there are free agents, the free-agent market will likely be the direction the Bears go for offensive line help.

If you haven't paid attention this season, the Bears picked up Alex Leatherwood on a waiver claim from the Raiders, but have yet to play him. You also have one of their big free-agent pickups, Lucas Patrick, officially ruled out for the season, making this year a complete waste for him. Patrick is the one to focus on today, as his position is the most vital position on the offensive line.

That would be the center position, as they are in charge of snapping the ball to the QB. Over the last several seasons, the Bears haven't been able to find a center that can handle the job longer than a year, so you know they want o figure that out sooner rather than later.

Matt Paradis is undoubtedly an option, as he is officially the top free-agent center on the market.

There is one big hangup when it comes to Paradis, which is health, as he is recovering from a torn ACL last season. Granted, he has been cleared to return to football activities, but given how late in the season it is, no one would even think to put him on the field knowing how long it would take to get in football shape.

Any team that wants to add him to their roster is taking out a flyer on him and banking that he is healthy next season and can regain his old form. Paradis is an intriguing name to pay attention to, as several teams have already started to show interest in him. It is still being determined whether the Bears are one of them, but they should be given how unstable the C position is for them.

Sam Mustipher struggled at the C position a season ago, but has gotten much better this season. Even at that, this team must address the area on the offensive line. No one likes to hear the word ACL when looking at a free agent, but those injuries are so common now that it doesn't bother teams.

As long as he is healthy, which he is, then Paradis is the top free agent C on the market. Paradis getting medical clearance is an interesting piece of news, and it makes for a fun discussion regarding the many ways GM Ryan Poles can rebuild his offensive line. Paradis, 33, might be more of a short-term fit, but he has 98 starts of experience and could be worth bringing into the mix as someone who serves as a bridge until a more desirable long-term option presents itself.

This is the perfect addition for the Bears offensive line to get back on track. He not only brings the experience that most of the unit lacks, but the veteran leadership that will be huge for the younger players.