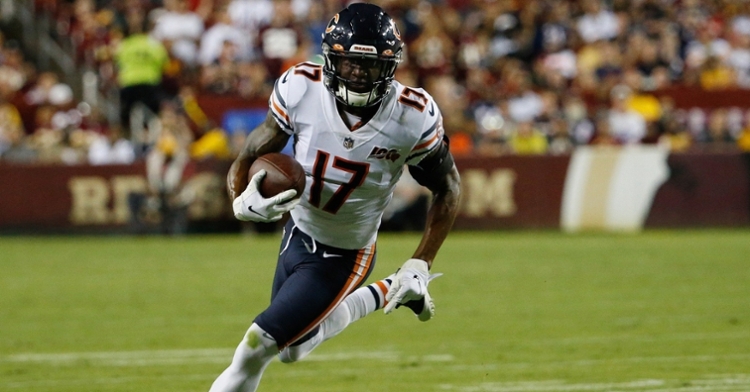 CHICAGO — After several months of being mentioned in trade chatter, wide receiver Anthony Miller, 26, is finally being traded by the Chicago Bears. The Bears reached a deal with the Houston Texans to trade Miller, and NFL Network's Mike Garafolo reported that the two teams are swapping late-round picks as part of the trade. No other terms of the transaction have been revealed.

Miller was picked by the Bears in the second round of the 2018 NFL Draft, but the No. 51 overall selection found himself in a wideout logjam in Chicago after a breakout 2019 campaign. As a second-year player, Miller started in seven games and hauled in 52 receptions for 656 yards and two touchdowns. However, his production dropped in 2020 due to the continued presence of top target Allen Robinson and the addition of rookie X-factor Darnell Mooney.

The #Bears are trading WR Anthony Miller to the #Texans, sources tell me and @RapSheet. Long rumored to be dealt, the former second-round pick gets a fresh start.

In addition to Robinson and Mooney, Damiere Byrd, Marquise Goodwin, Dazz Newsome, Riley Ridley and Javon Wims are other wide receivers who are likely to factor into the Bears' offense this year. Miller was considered expendable because of the Bears' depth at his position, so he will now play out the final season of his rookie contract with the Texans.

A former All-American with the Memphis Tigers, Miller was a college star who displayed plenty of promise over the course of his three seasons in a Bears uniform. Last year, Miller started in six regular season games, was targeted 76 times — nine times fewer than the year before — and made 49 catches for 485 yards and two scores. He also started in the Bears' lone playoff game, catching two passes for 22 yards. By trading him, the Bears will save $1.2 million toward this season's salary cap.