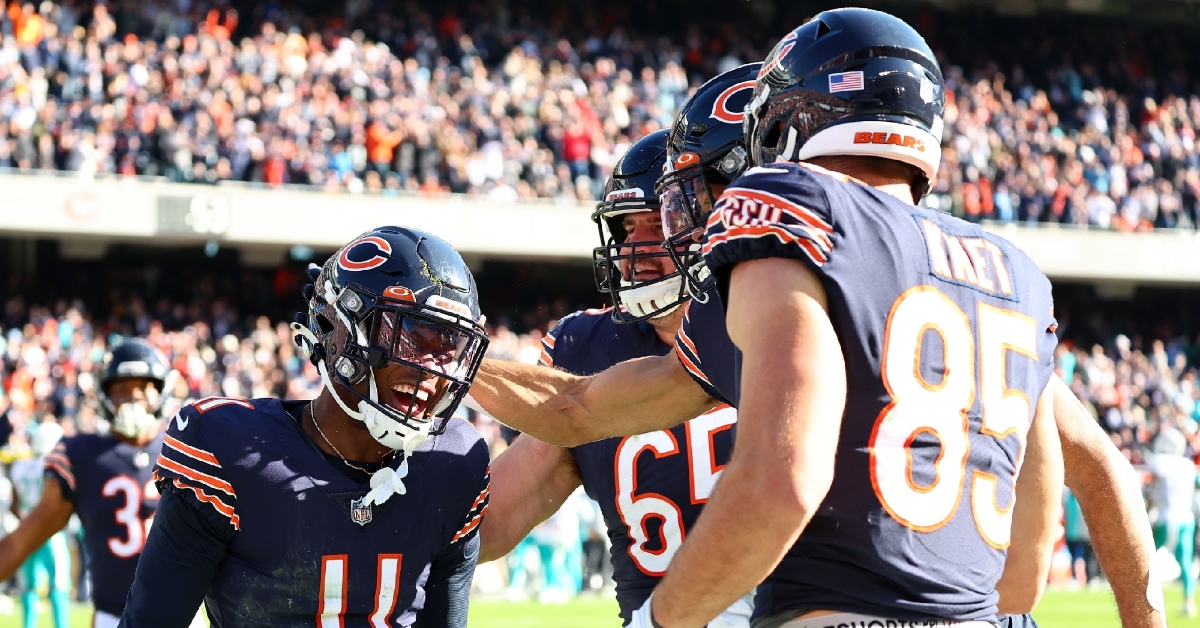 Playoffs, you want to sit and talk about the Playoffs? Are you kidding me? No, I am not kidding you, as we are indeed talking about the playoffs. With the NFL season officially at the halfway point, you are starting to get a sense of who the contenders are, who the pretenders are, and who is on the verge of making the playoffs.

When it comes to the Bears, their 3-6 may not look great, but they are playing much better now than at any point this season. Because of that, Chicago has been able to keep themselves in the middle of the playoff race as the bottom half of the NFC is up for grabs.

With the extended playoff field, seven teams now make the postseason as opposed to six, and the Bears have a great chance to potentially sneak in as the seventh seed if the defense improves. As things sit right now, it is safe to say that four of the seven spots are accounted for.

You have the 8-0 Philadelphia Eagles sitting as the No. 1 seed, the 7-1 Minnesota Vikings as the No.2, and then the Dallas Cowboys and New York Giants sitting at 6-2 and holding down the No. 5 and No. 6 seeds. Obviously, things can change in seeding, but these four have built such a big lead that it seems very unlikely they will miss out.

Next are the other two division leaders who are in a great position, but still have work to do. The surprising Seattle Seahawks are 6-3 and currently hold the No.3 seed, while the Tampa Buccaneers are 4-5 and hold down the No. 4 spot due to a terrible division. Look for Tampa to finish as the division winners, while things for Seattle may get murky as the season progresses.

That leaves one spot up for grabs, and many teams are fighting for that spot. Chicago is one of those teams, but is on the outside looking in for now. Currently, the Bears are one game back as the 4-4 San Francisco 49ers are the final playoff team in the NFC. That is worth noting, given that Chicago beat them in week one this season, so should they end up tied, the Bears get the tie-breaker.

However, several teams have the same record or are slightly better than the Bears are chasing. Atlanta fell from first place in the NFC South and is now 4-5, while the Los Angeles Rams, 3-5, and Green Bay Packers, 3-6, are ahead of Chicago. That is significant because the Bears play both the Falcons and the Packers later this season, and that could play a huge role as to who gets seeded where in the NFC playoff picture.

Not only do the Bears still have eight games left to play, but they haven't had their bye week and won't until December. If Chicago starts putting together some wins, they could head into the bye with a ton of momentum and then use that week to get healthy.

When the season began, most, if not all, NFL experts and Bears fans alike expected this team to struggle, so seeing them at 3-6 shouldn't be a shock. However, fans have been surprised with how well they have been playing lately, which has them excited for the future.

Had Chicago been playing this well offensively since the beginning of the season, this would be a five or six-win team that would firmly be in the playoff hunt. However, they are what their record says they are, and that is not a good football team. While I still think the playoffs are a long shot at this point, Fans shouldn't count the Bears out, as they have plenty of games left and the bottom half of the league is not great.