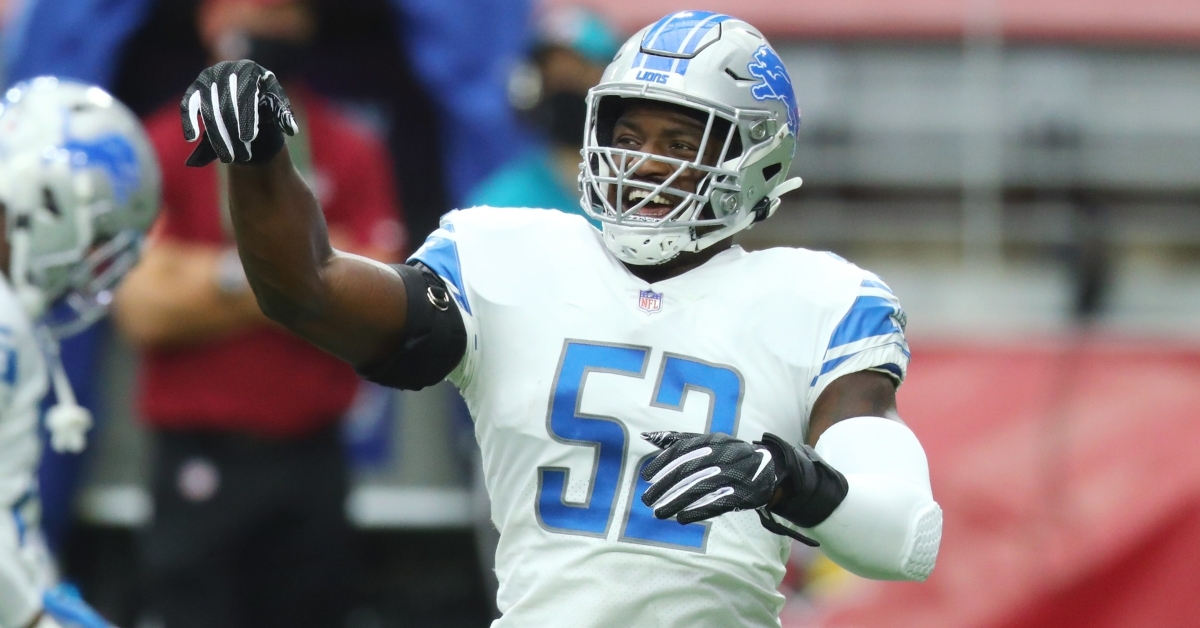 The offseason story is an interesting one, to say the least, for Christian Jones, and one that ended the best way possible. After spending some time with Deon Bush and other former Bears teammates during Bush's wedding this past February, he had no idea he would reconnect with these players differently.

Still, under contract with the Detroit Lions during that time, Jones would later find out the Lions would be releasing him, making him a free agent. Without hesitation, he pounced on the opportunity to rejoin the Chicago Bears, and they signed him to a one-year deal to make that happen.

Jones began his NFL career back in 2014 as a member of the Chicago Bears after going undrafted that same year. Across his four seasons in Chicago, Jones began a regular in the Bears lineup, appearing in 63 games, 31 of those were starts. During his tenure the first time, Jones recorded 262 tackles, four sacks, 10 tackles for a loss, and eight pass breakups. In other words, he may not have been a full-time starter, but when on the field, Jones produced and did so at a high level.

At 6-3 and 245 pounds, Jones is the perfect size for a linebacker, but he is also more athletic than what most give him credit for. He was a regular on special teams during his tenure in Chicago, which helped him land more starts on the defensive end. Following his four-year run with Chicago, Jones opted to hit the free-agent market, where he signed a free-agent contract with the Detroit Lions in 2018.

He has played there ever since and has seen his career take off in the process. Across three seasons, Jones bounced around between starter and backup, but spent most of 2020 as a starter on the Lions defensive side of the ball. He played in 45 out of a possible 48 games with 42 of those starts. As a Lion, Jones recorded 177 tackles, three sacks, seven tackles for a loss, and eight pass breakups.

Given the track record of Jones the past several seasons, he had plenty of offers this offseason, but ultimately decided to join the Bears for various reasons. Of course, one of those reasons was player familiarity, while the other falls on new defensive coordinator Sean Desai who was a defensive quality control coach during Jones' first go around in Chicago.

That type of familiarity is a good thing, as he won't have as much of a learning curve as he may have with other franchises. Another thing Jones has going for him is what a lot of these Bears players have, and that is he has a chip on his shoulder and has played that way his entire career. Jones was listed as a second or third-round pick out of college, so to see him go undrafted was a huge shocker.

From that moment on, Jones has played with a sizable chip on his shoulder and has also played under the assumption that he must prove something in this league. Even after seven years of productive seasons, Jones still has that same driven mentality he did as a rookie, but now he has a different source of motivation.

Jones was a regular starter for the Lions the past three seasons, but he is expected to be a backup across the board with a deep linebacking room already. Regardless of what Desai and the defensive coaching staff ask him to do, he will be ready and will be treating each week as an audition to earn more playing time.

The Bears could have far worse options than having Jones as a backup, and they are fortunate enough he elected to pick them over other teams who could have offered him a starting spot. Jones knows he can start, the Bears know he can start, so they will do whatever they can to get him on the field as much as possible. He has a connection with this team and believes in them enough to return for a lesser role in 2021.