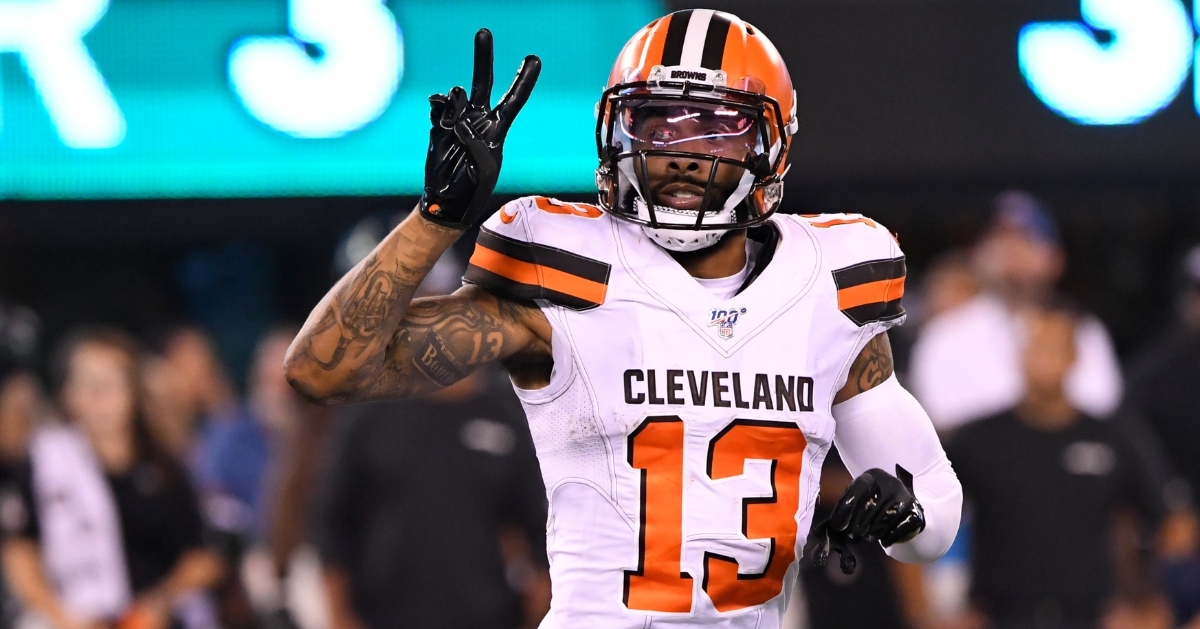 What an eventful week around the NFL.

While the Bears added Cassius Marsch to the practice squad, the big story surrounded their rivals to the North as Green Bay Packers QB Aaron Rodgers tested positive for COVID and must miss 10 days. To make matters worse for them, Rodgers is listed as an unvaccinated player and one who appears to have been breaking protocols quite a bit. The NFL is now getting involved, and a suspension or serious fines could be coming.

Taking a back seat to the Rodgers news was another big story surrounding the Cleveland Browns and Odell Beckham Jr. In case you missed that story, Browns Coach Kevin Stefanski said that Beckham is now away from the team and has no plans regarding if he will return or not. The relationship between Beckham and the Browns has been boiling over for a while now, and it appears it has reached a point of no return.

Beckham has heard his name mentioned in trade talks for quite a while, even after being dealt from the Giants to the Browns. Even when he produced, those rumors never went away, and you have to wonder if it weighed on him to the point where he didn't trust the organization. However, things have gotten way worse in a matter of 48 hours, and he can thank his dad for that.

If you missed it, Odell Beckham Sr. posted a video on YouTube essentially dissing Browns QB Baker Mayfield. It was more his way of saying that Mayfield isn't skilled enough to play the QB position and can't anticipate when Beckham Jr will get open. Needless to say, there is some disconnect between Beckham Jr and the Browns, so much so that he has not reported to the team's practices this week and faces a game deactivation status for this weekend.

A lot is going on at Browns camp right now to the point where we will never get the whole story. The bottom line is Cleveland is looking to address this situation now before it gets too late. Beckham is frustrated with the team and his lack of balls being thrown at him, but at some point, he needs to grow up and realize that winning isn't about personal stats and accolades.

With the trade deadline officially behind us, the only way the Browns may be able to save this relationship is by cutting ties with him now and moving on. That is where the Bears come into play, as they should pay close attention to what is going on here. No one likes a diva receiver, and Beckham tends to be a diva, but no one will deny the production he can display when healthy.

On Friday, the Browns made it official by releasing Beckham.

From @GMFB: The #Browns have made it official, releasing WR Odell Beckham Jr. pic.twitter.com/590408twzz

The Bears thought they had their No. 1 receiver of the future in Allen Robinson, but after failing to reach an extension and seeing his production at an all-time low right now, his days in Chicago are coming to an end which may not be good for this teams future. Unless the Bears plan is for Darnell Mooney to emerge as the team's No.1, Chicago will need receiver help heading into next season, and if Beckham is released, he could be an option.

If not getting the ball enough really is the biggest issue for him, that won't be a problem in Chicago as Justin Fields will look to him early and often. Many people feel that Beckham needs to go to a team with a veteran QB, but I would argue that pairing him with an athletic kid like Fields is a better option. We have seen what Fields can do with his legs, and he has the ability to extend plays.

When that happens, receivers have more of a chance to get open, and there are not too many CBs in the league that can cover Beckham during a busted play. That could be a match made in heaven, and Beckham is still young enough for an offense to be built around. Depending on the situation, two things need to happen if the Bears are willing to look into this further.

First, he must check his ego and attitude at the door. Since coming into the league, it has always been about Beckham and no one else. That is a big reason his teams rarely make the playoffs, as statistics matter more than wins. He is now getting to that point in his career where he wants to win, so he needs to sacrifice stats to become a winner.

Secondly, Beckham needs to show he can remain healthy. When he plays at least 14 games, he has been a constant 1200 plus yard receiver hauling in double-digit touchdowns. That tends to make him one of the best receivers in the game. However, health has been an issue for the last five years, and the production is showing.

If he wants to continue to get paid like a No. 1, he needs to stay healthy and produce like a No. 1. That can't happen in Cleveland any longer as he doesn't get the ball enough. I know the Bears have had their issues with Robinson being a diva this year, but he was great in Chicago before that. Fans may not like Beckham because of his attitude and ego, but you can't deny the production level. That alone would make him an intriguing option for this team and one the Bears may look into sooner rather than later.