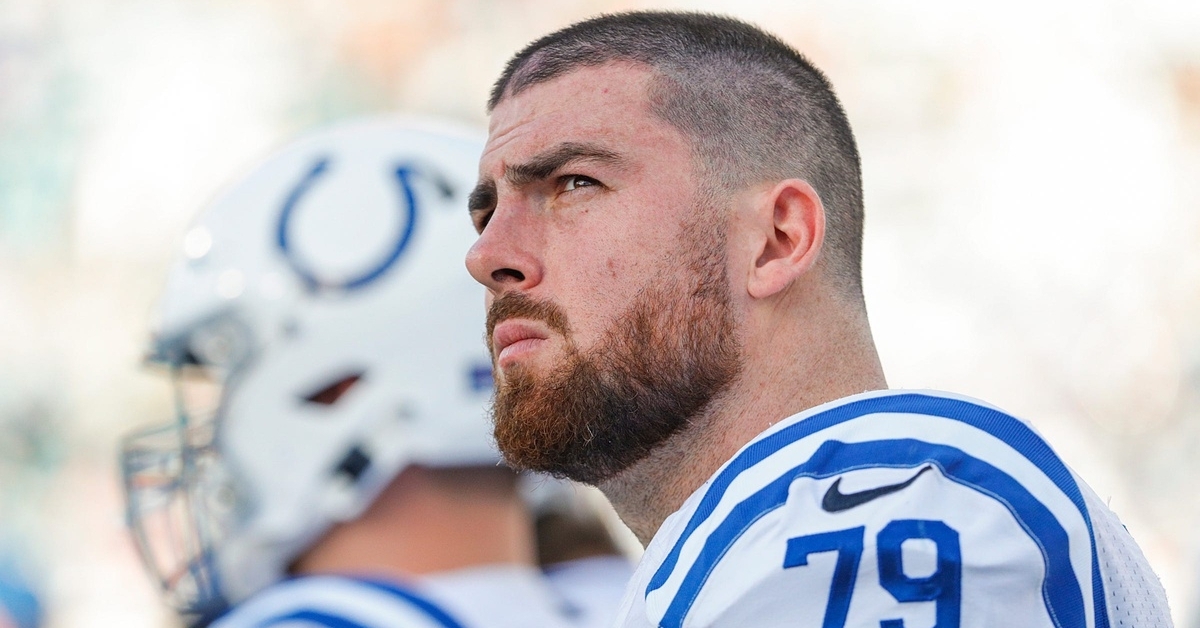 We are one week away from the NFL new year, which means that free agency will be hot and heavy. Typically the first week of the free-agent period is the busiest, and that is when many top players come off the board.

Although the Bears don't have as much money as other teams do, the Bears will have to be aggressive if they want to improve, especially on the offensive side of the ball. That all starts in the trenches as this team has needed to fix the offensive line, and now is their time to do so. After bringing in Jason Peters to fill the left tackles void last season, it didn't work out in their favor, and now they are looking to shore up that position again.

Tevin Jenkins is seen as the long-term fixture, but after missing nearly the entire season last year, is he capable of holding down that spot this season? If the answer is yes, then the Bears have something. However, if the answer is no, Chicago needs to look for a short-term fix, and Eric Fisher could be that guy.

The former first-round pick of the Kansas City Chiefs, Fisher has always been one of the better tackles in the league up until getting injured a few years ago. That injury affected him physically and emotionally as it meant the end of his tenure with the Chiefs as he hit the open market. Fisher wasn't on the open market long as the Indianapolis Colts made sure they brought him in.

Not only was that a good decision for the Colts, but it seemed to bring out the best in Fischer as he made the pro bowl this season which is something the Bears offensive line could use. Although he has been in talks to remain in Indianapolis, it doesn't appear those talks will get done, meaning Fisher will hit the open market and be available for the taking.

When you consider how many teams need offensive line help and the fact that he is a two-time pro bowler, it is wise for Fischer to test the market, but it could alter the entire landscape of the free-agent class his position. The Bears are one of those teams that need Free Agent help, so they should be kicking the tires on Fisher.

At 31 years old and finishing up his ninth season, Fisher has had plenty of NFL experience, but is now entering the back end of his career where his best days are behind him. Not only was Fisher a recent pro bowler, but he also made the pro bowl with the Chiefs in 2018. His 2020 season was especially great for Fisher, where he posted an 80.1 PFF grade. That is unheard of for offensive linemen, which lands him in elite company.

Fisher may have had a down year at times this year, but he still ranked around the top 25 in run blocking. That is something the Bears are looking for as they are a run-first team that wants to be more physical. Fisher may not be at the top of his game anymore, but he is still a consistent contributor that should be able to give you two or three years of solid production.

This move makes sense for Chicago outside of the position of need falls on Ryan Poles, who was also part of the Kansas City Chiefs. It was Poles who scouted Fisher at Central Michigan, it was Poles who watched him at the combine, and it was Poles that wanted to draft him and made that happen. Knowing the familiarity and connection these two have had, don't be surprised to see Poles use that to his advantage and possibly get him cheaper than the rest of the teams. You also have to look at Matt Eberflus and some of his staff as they were coaches on the Colts with Fisher last year.

This seems too perfect for Chicago. Fisher is a pro bowl caliber tackle that fills a need for this team and has plenty of connections inside the organization. That alone helps the Bears chances of landing him over others. It will be up to Poles to make that happen and get a deal done.