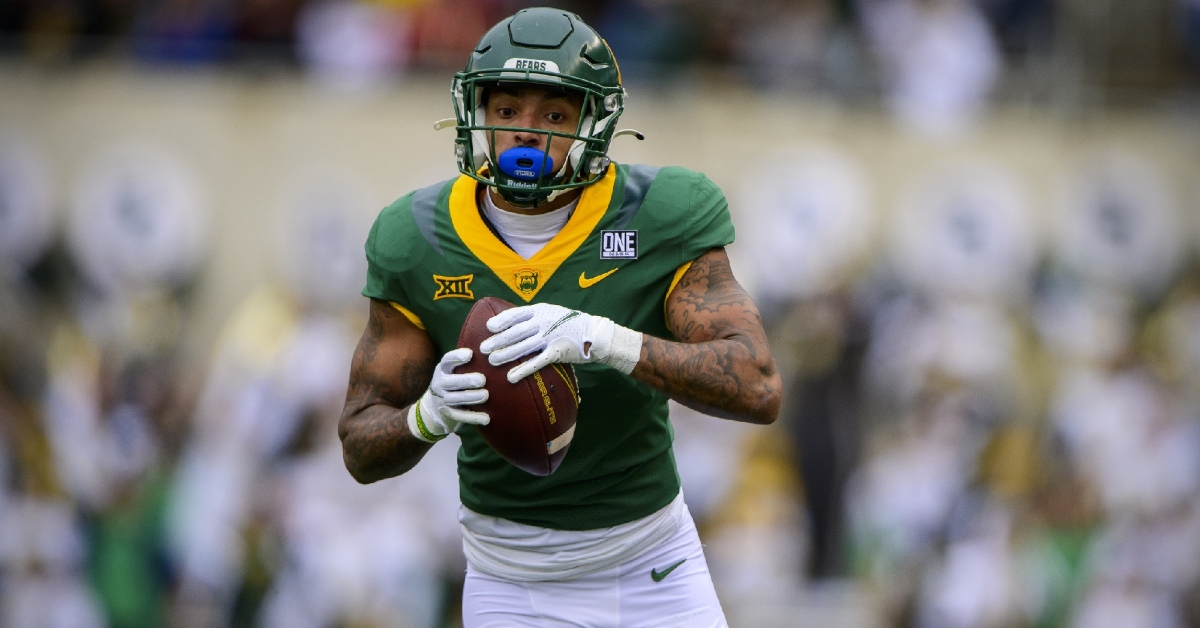 One thing former GM Ryan Pace did well with was finding good value in late-round picks. While most of them didn't account for much, there were some diamonds in the rough, so give credit where credit is due.

For Ryan Poles, this was not only his first draft as Bears GM, but it was the first time Poles could put his stamp on the organization and show fans what he is all about. Like most teams, when you get to the late rounds, it becomes more about the best player available instead of an actual position of need.

You saw that in round six when the Bears elected to draft Baylor University RB Trestan Ebner. With David Montgomery the bell-cow and guys like Khalil Herbert and Damien Williams on the roster, Ebner is slowly being added as a depth piece and will have to earn his keep on this team.

Ebner may not have been a starter during his freshman season, but he played a considerable role for Baylor, accounting for 400 plus total yards and five TDs. One year later, those numbers nearly doubled apart from the touchdown side of things that went down to two.

Those trends only continued across his next two seasons as he never got into a consistent playing time role. With that being said, you may be wondering why the Bears would use a pick on him. For starters, he offers 4.43 speed, which the Bears lacked a season ago, and can offer them a unique element this season.

Despite being projected anywhere between a round 6 pick and a free agent selection, Ebner is drawing comparisons to Tony Pollard. That alone is worth noting as it brings a ton of intrigue should he be anything close to what Pollard has become.

He brings that enticing speed with him, and he also gives you versatility in both the run and passing game. That will only help this offense become more versatile and creative, which is something they desperately need. Ebner can use his speed to get to the outside, but then offers the rare speed and size combo where he can run over a defender.

Perhaps what stands out the most is his ability to return kicks, as he is a game-breaker waiting to happen. With Tarik Cohen no longer on this team, Ebner has the potential to be a dangerous weapon out of the backfield and someone who could fill the role that Cohen had.

While he is a good RB, he did post 11 career receiving TDs and is a great route runner out of the backfield. Ebner also has excellent vision in the open field, which helps find the seam, while his top-end speed can take him to the house on every touch.

As expected, with any late-round pick, there are a ton of flaws in his game. He is indecisive about where to go and what to do, and his cuts are not always crisp, making him easy to tackle. That prevents him from making sudden moves against the defense, which makes him easy to bring down in 1v1 scenarios.

While he does have that burst you would expect, it doesn't come as frequently as you would like, as he often runs into his blockers first before breaking into the open field. Ebner is a passive RB at this stage in his career who also needs to learn better technique when it comes to being a ball carrier in this league.

The Bears are not making this pick to put Montgomery or any of these other RBs on notice. This is what you call a value pick, as he was the best player available when the Bears picked and can give them some versatility. He can help you in the passing game, running, and special teams game. That alone might pave the way for a roster spot as the Bears have plenty of options with him.