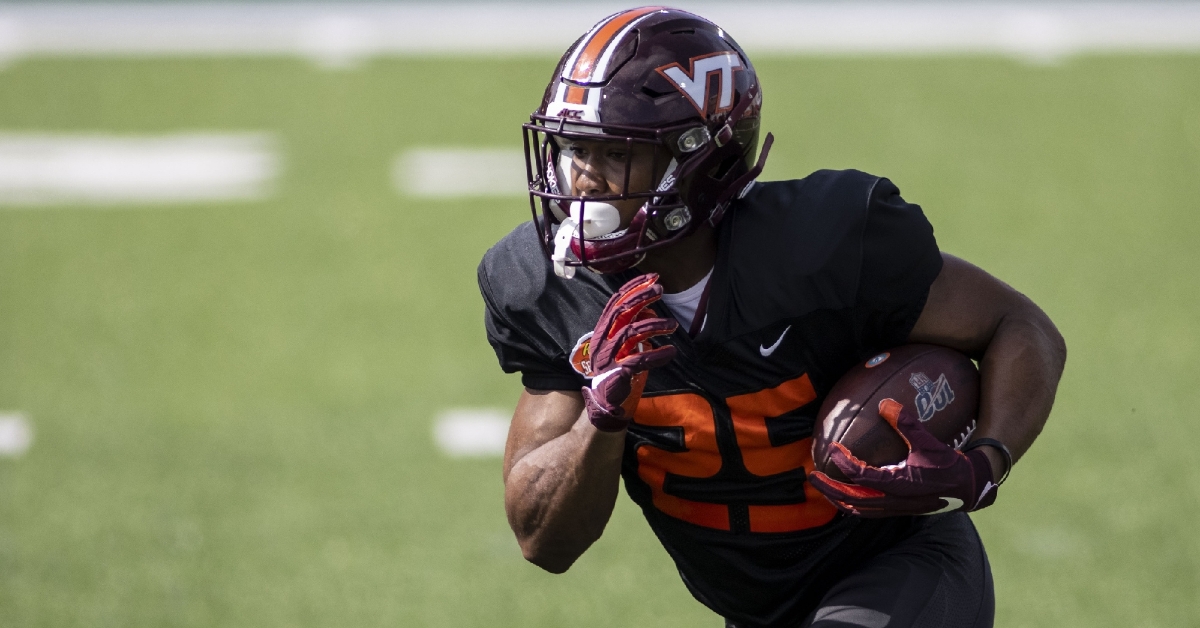 After making just three selections in rounds 1-5, the Bears made up for that in the sixth round by selecting three players in that round. The first two were skill position players on the offensive side of the ball to add depth to some of those positions.

The first of those sixth-round selections was RB Khalil Herbert from Virginia Tech. This was a surprising pick to as the Bears don't have the RB issues some teams have. Heading into the season, they will have David Montgomery and Tarik Cohen as their primary backs, with Damien Williams, added this offseason. Either way, Herbert is an intriguing pick, and the Bears received an excellent grade with this selection.

Herbert is not only a great depth piece to have but is someone who could work his way into the No. 3 role, especially if Williams doesn't return after his one-year deal. Then consider that both Montgomery and Cohen will have expiring contracts in the next few years, and Herbert could continue to climb up the depth chart if he produces.

While he is a running back first, Herbert also has plenty of special team experience, especially in the kick return game. With Cordarrelle Patterson no longer with the team, the Bears need someone to take over that role, and Herbert will be given a chance to do so. He is coming off a season in which he averaged 23.5 yards per return, and with Cohen returning from an ACL injury, I expect Herbert and Darnell Mooney to be the favorites for the kick return position.

This is not a draft pick made to find a starter. Herbert could eventually turn out to be a starter, but for now, this is a depth piece type of pick and one the Bears are happy they made. At 5-9 210 pounds, Herbert is very well built and is a tempo-style running back that feeds off the play style of the offense. His size makes him difficult to tackle, but he also runs with a blend of speed and vision.

A graduate transfer from Kansas, Herbert made his lone season with the Hokies count as he finished in the top five in all FBS in yards and yards per carry. His pass-catching ability certainly needs to improve, which is why he will not be more than a backup talent at this point in his career. However, there is one thing that stands out about him compared to other picks.

His leadership ability is second to none, and he put that on full display not only with the Hokies but at Kansas before that. Herbert received the Williams-Moss award given to the player for the highest quality of both leadership and character. That shows you the kind of person and teammate Herbert is, which will significantly play into the Bears community.

Not known as a one-cut runner, Herbert uses his vision to find the hole and is patient enough to wait for his blockers. Once he sees the hole, he is fast enough to burst through the hole and physical enough to break tackles for large chunks of yards. He may not be a sideline-to-sideline type of back, but he is certainly a between-the-tackles guy who offers physicality, toughness, and excellent ball security.

Outside of his lack of pass-catching skills, Herbert has some things that he needs to work on, and scouts have hammered him for it so far. Once he gets to the second level, Herbert is a one-trick pony as he lacks the creativity to make things happen. He also takes some time to gather himself and cut, which allowed for defenders to get him to the ground easier than you would like to see.

He is also one of the worst pass-blocking running backs in this class and often is seen out of position trying to figure out who to block. Add that to his lack of pass-catching skills, and he becomes a non-option on third down or pass down situations. Either way, Herbert is worth a day three selection for the special team's value as he fills a position of need there too.