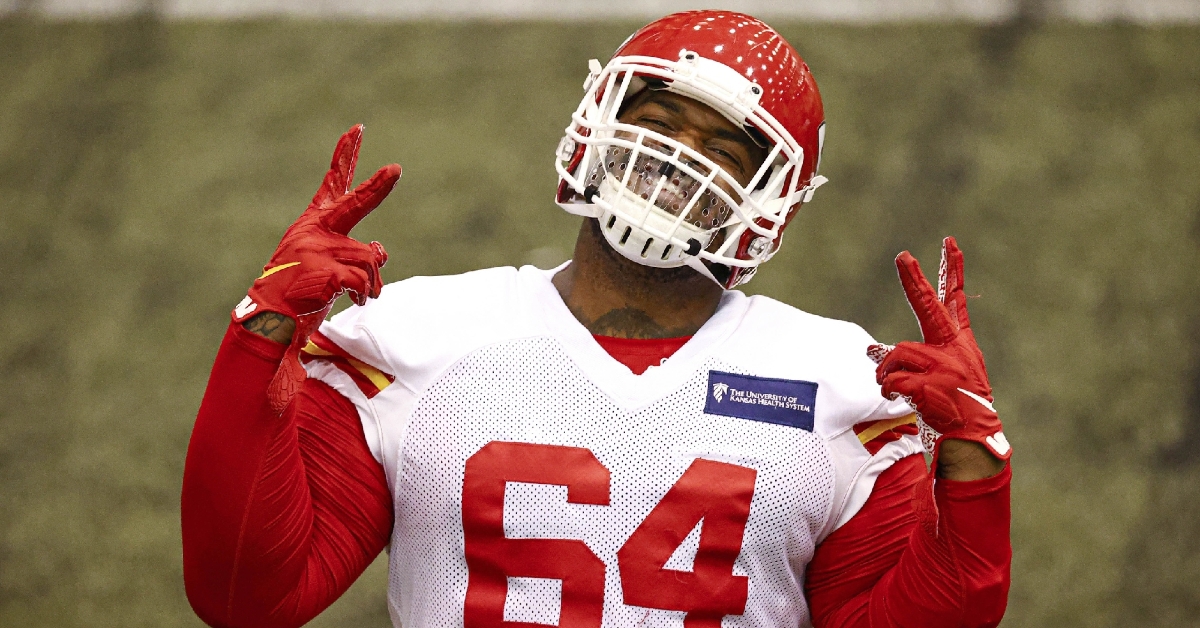 Perhaps the most overlooked addition to the Bears roster this season will be the return of Eddie Goldman to the defensive line. The big run-stopping nose tackle has been of the best in-game but elected to opt-out of the 2020 season due to COVID concerns. While the Bears got by with Bilal Nichols holding down the fort, losing Goldman is still a significant hit, and the Bears defense did suffer at times.

Once Goldman announced that he expects to return this season, you could immediately sense the defense gaining more confidence. He is their primary run-stuffer in the middle, and the Bears need him to be that. However, as we approach training camp, Goldman has yet to report and was not in camp during the mandatory mini-camp. While the reasons are a bit unclear, it does leave you with some concerns about where he is at, both physically and mentally.

In hopes of putting together the best defense possible this season, the Bears are not waiting around and have signed former Kansas City Chiefs NT Mike Pennel to fill his spot for now. Pennel was among a group of players who were invited to Halas Hall last week for tryouts. Evidently, his tryout must have gone well because the Bears offered him a one-year contract which he did sign.

Pennel isn't a blow-you-away signing, but he is a veteran NT with plenty of big-game experience. He is undoubtedly no Goldman, but he will do a much better job filling up the middle should they need to count on him more than they initially thought. Over the past two seasons with the Chiefs, Pennell saw action in 20 games, including one start.

Pennel also spent time with the Green Bay Packers and New York Jets, so the Bears will be the fourth team he will call home. At 6-4 330 pounds, Pennel is the ideal size for a nose tackle, which you want when it comes to plugging the middle. Even if he isn't in the same category as Goldman, he would be able to split time with rookie Khyiris Tonga as they are the only nose tackles in camp at the moment.

While the Bears will not expect a ton out of Pennel, he takes over the John Jenkins role, which is a crucial depth piece for this position. Even if he is seen as an emergency fill-in for the Nose tackle spot, Pennel is undoubtedly worth the risk to bring in.

The former Superbowl champion makes his presence felt when he is on the field, as he has logged 155 career tackles. 90 of those tackles have been solo which shows you that he can actively pursue the ball carrier. Pennel has added eight tackles for a loss, 14 quarterback hits, and two sacks to go along with that. He also has two passes defended and one forced fumble to his name.

Disrupting the quarterback is one of the biggest keys to winning games in the NFL, and you can see what happened to Patrick Mahomes when he was under duress during the Superbowl. For the Bears to take that next step, they need to get back to rushing the QB the way they did in 2018. Pennel will help that with his presence in the middle, and hopefully, Goldman will realize what he means to this defense.

The Bears announced on Saturday that they have signed Pennel, tight end Jake Butt, and tackle Tyrone Wheatley Jr.

Congratulations to TJ Wheatley '15 on signing with the @ChicagoBears! pic.twitter.com/kNP3NtGlTl