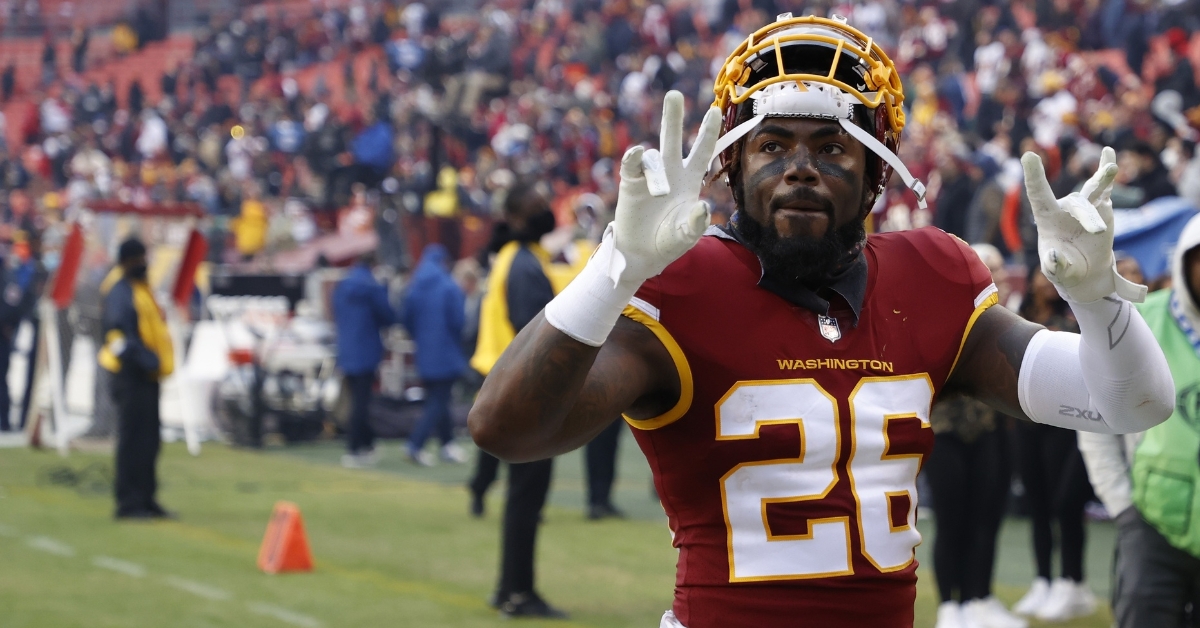 This is one of the most challenging times to be a sports fan. Unless you are an MLB or MLS fan, sports will not begin for you until the middle to end of July, when NFL training camp begins. That is when every team comes in with the same expectations as they all feel they have what it takes to win.

The outside world is not expecting much from the Bears this season, as it will be the first year with Ryan Poles and Matt Eberflus in charge. However, if you are within the organization, you get a sense of higher expectations than in previous seasons as things seem to be trending upward in Chicago.

With the Bears concluding mini-camp and on the verge of getting ready for training camp, there are still some holes on their roster that they would like to address. One of those holes remains in the secondary, where the Bears would like to add someone to pair with Jaylon Johnson and Eddie Jackson.

Granted, they did add Kyler Gordan and Jaquan Brisker in the draft, the Bears could still be looking for a veteran presence which is why Landon Collins is starting to pop up in terms of a fit for this team.

When you look at the roster right now, there doesn't seem to be a pressing need at the safety position, as the Bears did what they had to do to add depth at that position. However, when you have a multi-year pro-bowler available, and someone you know can play the safety well, it makes him hard to pass up as you will find a way to make that situation work.

With Eberflus switching the Bears defensive scheme from a 3-4 to a 4-3, adding a guy like Collins would essentially give this team an option to use a three-safety look. That would allow Brisker to play more inside the box as a blitzer, Jackson to roam and patrol center field like he does a lot, and has Collins as that do-everything guy between the both of them.

Considered abnormal as recent as five years ago, playing three safeties is becoming more popular by the minute. Collins would give the Bears three incredibly talented safeties to work on. Versatile safeties can play underneath zones while also jamming the run like linebackers, and Collins would be an ideal third option to play that role in Chicago, naming the Bears a top fit.

Collins is at his best as a downhill safety who operates more like a linebacker. He’s not good in man coverage, but as the NFL has embraced three-safety looks more, Collins has enjoyed a resurgence in potential value over the last two years. There aren’t many roster openings left, so he may need to be a super-sub-package weapon.

Considering he is just 28 years old, Collins is sure to have plenty of options from different franchises. Some will be contenders, and some will be rebuilding franchises similar to the Bears and their position. When it comes to Collins and his decision, a rebuilding team may not matter as he can sign for multiple years and get paid.

Going to a playoff team may have him as more of a depth piece, while a rebuilding team may have him as a capable player who could put together his best season. Collins is coming off a solid year with the Washington Commanders in which he started 13 games, racking up 81 total tackles (seven for loss), two QB hits, two interceptions, a forced fumble, two fumble recoveries, and 3.0 sacks.

A three-time Pro Bowler, the 6-foot, 218-pound safety was drafted 33rd overall by the New York Giants in 2015. A first-team All-Pro selection in 2016, Collins has spent the last three years in Washington, where injuries hampered him a bit. His injury history is a tad concerning.

He fractured his forearm in Week 16 of the 2017 season and suffered a partially torn rotator cuff against the Bears in Week 13 in 2018. After remaining healthy in 2019, he tore his Achilles seven games into the 2020 season, and he also spent some time on injured reserve last year with a foot injury.

Even then, Collins is still a skillful player who may not be an every-down safety anymore. When you look at what the Bears did to free up cap space this year and next, they have the funds to get a deal done. I think Collins could fetch a three-year deal in the 24-27 million range, which the Bears could swing.