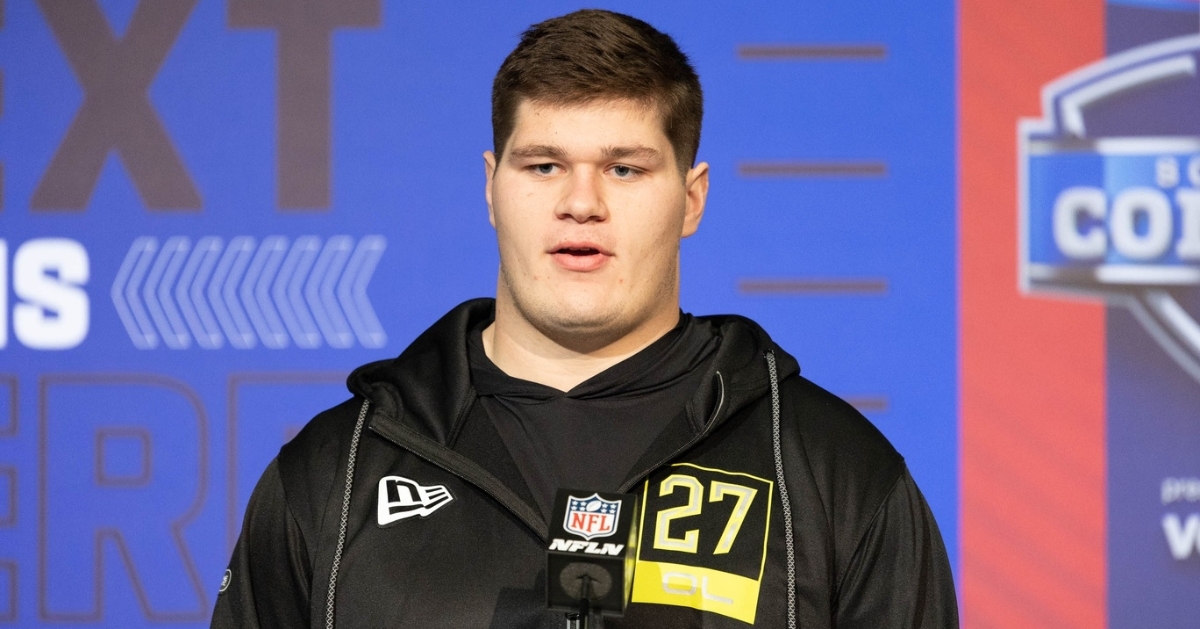 With the NFL draft rapidly approaching, the Chicago Bears continue to focus on the future as Ryan Poles has done a great job rounding out this roster. A lot of his decisions came from a financial thought process, but he has still filled some desirable needs for both the present and future.

One need the Bears seem to always need is an offensive line. We saw Ryan Pace make an effort to fix that last year by drafting Tevin Jenkins and Larry Borom. While both are unproven at this point and dealt with injuries last season, both are viewed as substantial building blocks for the future.

This season, Poles has taken a similar approach and knows that you need to protect your QB to win games. Adding Lucas Patrick was an under-the-radar move, but one that could be significant in the coming years. That should give the Bears three linemen to build around as they will make the offensive line instantly better.

However, Chicago may not be done upgrading their offensive as Poles continues to say he wants more. With free agency slowing down, I don't see the Bears making a significant signing if it means spending a ton of money. If more offensive line help is on the way, it will come through the draft, and Tyler Linderbaum is a name to watch.

A center by trade which the Bears could use, Linderbaum has also played the guard position, which was one of the more significant concerns on the Bears offensive line. What makes the Linderbaum name so intriguing is how scouts feel about him.

Not all, but many people feel that Linderbaum has the talent to be a top 10 selection. In other words, Linderbaum is considered a star for whatever franchise wants to draft him. Yet, for whatever reason, there is now the real possibility that he could fall out of the first round altogether.

With the Bears picking 39th overall with their first selection, should he fall that far you have to wonder if Poles will pull the trigger to bring him to Chicago. Not only is Linderbaum a player who fills a position of need for this team, but he is a name that has been on the Bears radar for a while.

Linderbaum is not only one of the better interior linemen in this year's class, but he had the opportunity to leave school early to enter the 2021 draft. Had he done so, he would have been a first-round talent, so you can see why people are so high on him.

He capped off his 2021 season by earning the Rimington Trophy, given to the best linemen in the Big 10. He was also a unanimous all-American and first-team selection. Given that the Bears don't have a first-round pick, he started to fall off their radar, but that may be changing for whatever reason.

Versatile linemen are crucial to a team's success, but having someone who is a bonafide center can help a team even more. The fact that he is potentially seeing his name fall out of the first indicates that teams do not value the center position, which only helps this team.

Looking at the Bears' current needs and the history they have at the Center position, drafting Linderbaum makes too much sense if available. That would allow Patrick to move to the right guard, a win-win scenario that makes the line that much better.