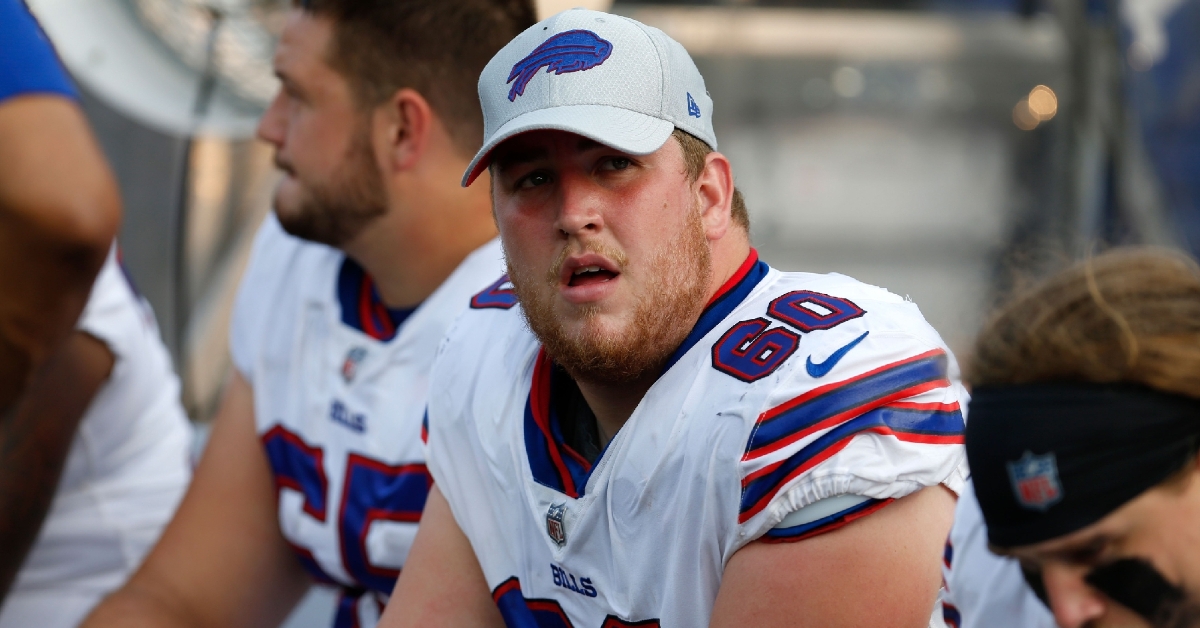 The rookie camp portion of the offseason is typically spent watching rookies, and younger players develop, but that hasn't stopped the Bears from adding depth to their roster. After signing a couple of new players earlier this week, the latest roster move comes on the offensive side of the ball, where Adam Redmond resides.

Beefing up the offensive line was a goal for Chicago this offseason, and the signing of Redmond is a clear indication that the Bears are still searching for depth at that position. After Gage Cervenka inked an undrafted free agent deal with Chicago following the draft, the team has elected to part ways with him and add Redmond to replace him.

The 28-year-old Redmond doesn't have a ton of experience but swapping him out over an undrafted rookie makes this team better on the depth side of things. In three NFL seasons spanning time with both the Colts and Cowboys, Redmond has seen action in 18 games, although none were starts. Even though he hasn't started a game, seeing snaps in 18 total games is always good because he does bring experience with him, even if it is limited.

Redmond is a Harvard graduate and has flexibility on the offensive line, which the Bears love. Not only has he seen the bulk of his time at guard, but Redmond has also played center while logging time as a long snapper too. The Long Snapper side of things really catches my eye as often roster fringe players need to showcase themselves on special teams to make the team. Playing Long snapper would undoubtedly catch the eyes of Matt Nagy and his staff, and that could ultimately lead to him making the team.

The constant adding and replacing of players is surprising, but it is also a pleasant sight when you look at what this team did the last offseason. They knew they had salary cap issues in 2020, and that prevented them from making a lot of depth signings that they usually would do. However, with more money to work with this season, the Bears have done an excellent job by not only spreading the wealth in free agency but adding to the team by acquiring several depth pieces across the board.

Skill players will only get you so far in this league, but what happens when your stars get hurt or simply are not producing at the level you would like. For teams to survive these types of issues, they need to build up the depth at not just one position but across the board to prepare for unexpected events. That is precisely what the Bears have been doing.

Granted, most of these moves are not eye-popping and are strictly training camp moves to add bodies. It also allows players to show what they are about. For a guy like Redmond, he is coming to the Bears with 18 games of experience under his belt. He also has that long snapper experience from college that he will almost certainly put on display and use to his advantage once on the field.

As the Bears inch closer to training camp like the rest of the league, keep an eye on more of these signings across the next few weeks. They may not be the eye-popping pickups fans would like to see, but there is nothing wrong with adding depth to a roster that desperately needed it last season.

Hopefully, the Bears are finally starting to realize that Aaron Rodgers isn't going to be running this division much longer and have the team in place to be the kings of the North.