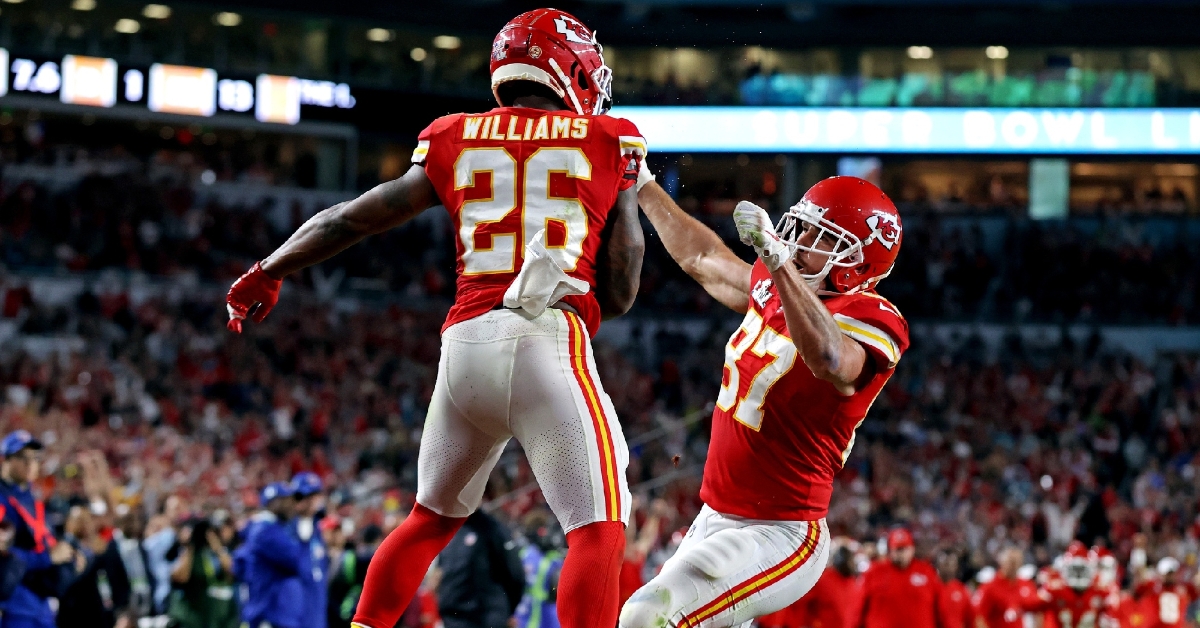 Outside of the Andy Dalton signing, this offseason has seen the Bears focus on building depth within their organization while still trying to remain competitive. Wednesday saw Chicago add another depth piece, although this one comes with a bit more intrigue than most.

After opting to sit out the 2020 season after helping the Kansas City Chiefs win the Superbowl earlier that year, former Chiefs running back Damien Williams and the Bears have agreed to a one-year $1.5-million-dollar deal.

Even though fans have wanted this team to be a big player all offseason, the Bears are taking a different approach to avoid the mistakes they made last year.

They know that they have holes to fill and have done a decent enough job filling those holes. They also know that they needed more depth across the board, which has been their primary focus all offseason. With Williams now coming to Chicago, not only does it give the Bears another running back option behind David Montgomery, but this could allow the Bears to use Tarik Cohen in different ways, which could help get the most out of him.

Williams is coming to the Bears from the Chiefs and is very familiar with the Matt Nagy style of offense as he played for him while in KC. Williams also crossed paths with Bill Lazor when the two of them were in Miami, so needless to say, he should be very familiar with how things work in Chicago. The 28-year-old should be healthy and ready to go as he sat out the entire 2020 season after rushing for 498 yards on just 111 carries during the Chiefs Superbowl run.

Williams may always be remembered for his touchdown clinching run as his second-half performance was a big reason for the team's eventual win. Williams may not be brought in as a starter, but I expect him to play a lot and take over the backup role from Cohen. This is quietly an excellent pickup for this team.

Chicago adds some speed to the offense

One thing about the Bears offense is they lack overall speed. Take away Darnell Mooney and Cordarrelle Patterson, and they don't have anyone with breakaway speed on the offensive side of the ball. Williams will change that this season as he not only is the fastest running back on the team but maybe the fastest player on the team.

When you watch the 2019 season for the Chiefs and watch Williams, you realize how fast he is. He could get to the outside with ease and made it difficult for teams to contain him from getting to the edge. If the Bears offensive line can block, Williams should have no trouble ripping off massive runs from time to time which will help move this offense.

Hoping to see Damien Williams do something like this in Navy Blue ????#BearsNation pic.twitter.com/e7uRmbSszR

Familiarity with the ones in charge

Not only is Williams familiar with Nagy's offense, but he is also familiar with Lazor and how he likes to do things. This could be something to watch this season as the transition from the Chiefs offense to the Bears offense could be a seamless one.

Another thing to watch during the season is how much of a difference he makes in this offense. Right now, Cohen is set to be the backup to Montgomery, but I expect Williams to take over that role. As good as Cohen is in the offense, he is better when used in the passing game, and special gadget plays. Williams will allow the Bears to utilize Cohen more while giving Chicago a great rushing option off the bench.

Whenever he is on the field, he not only produces but produces in a big way. His breakaway speed and play-making ability allow him to average nearly five yards per carry and can jump into the starting role if needed. If Williams can show the Bears anything close to what he did in Kansas City, Chicago may look to sign him beyond this season.

He would be the Bears lightning in the backfield while Montgomery would be the thunder. That would be a great one-two punch for a team that wants to focus on running the ball first and working the passing game around that.