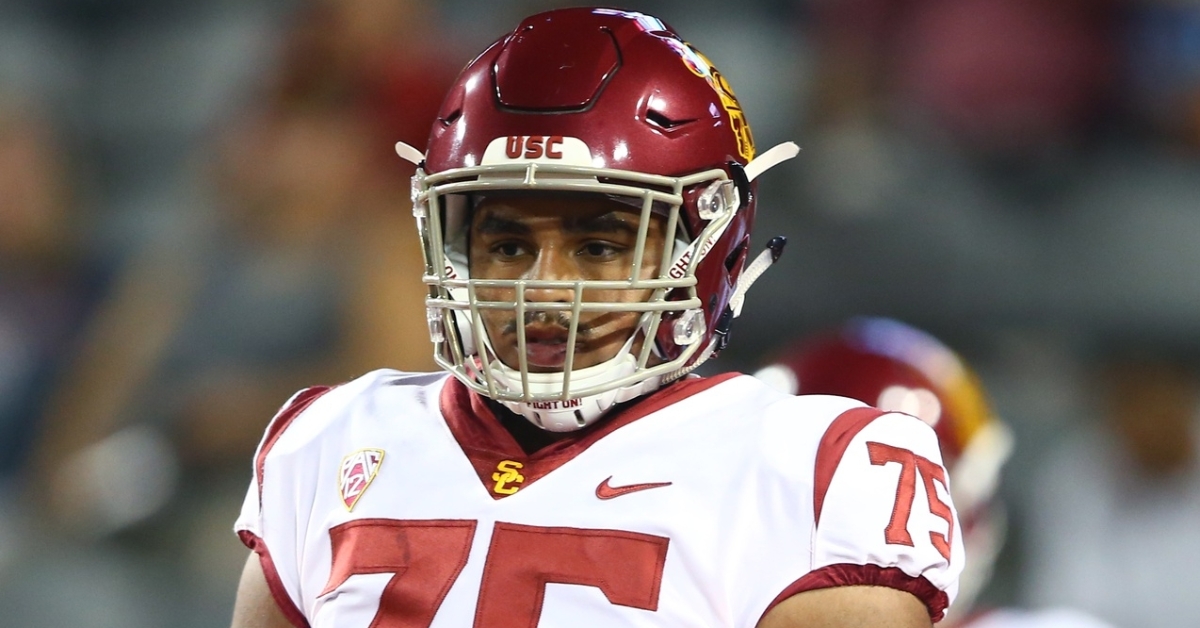 As we approach one month until the 2021 NFL draft, it is time we get back to focusing on what the Bears should do come the first round. While some people still think the Bears should target a quarterback or playmaker, there are other pressing needs that this team needs to fix first.

The most pressing need of them all is an offensive line, as that needs to get fixed before it is too late. If the Bears line continues to perform at the level they did last year, it won't matter who the quarterback is, as they would have no chance. Most NFL experts feel this way and peg the Bears to focus on O line first.

We have already focused on several names that could be around when the Bears pick, but one recent name that has popped up is Alijah Vera Tucker. Not only is Tucker a name surrounding the Bears' potential targets, but Mel Kiper pegs him as someone with an extremely high upside and the tools to be a longtime starting tackle. After missing out on Trent Williams, that is certainly something this team could use.

Not only does he have experience at tackle but at guard also which is why he has such a high upside. He is versatile to move around on the line and, for the most part, could be a starter at either spot. Chicago has already moved both Cody Whitehair and James Daniels around, so there is something to be said about being a versatile offensive lineman.

Unlike many college players, Tucker saw action immediately as a freshman starting games at the right guard spot. By the time his sophomore campaign started, he moved across the line and lined up at left guard. He ended up starting 13 games at the left guard position earning not only third team all American honors but All Pac 12 honors.

One year later, Tucker continued to shuffle across the line moving to the left tackle position. When you look at the Bears offensive line and how many positions they need to fill, Tucker is an excellent option as Chicago could plug him in where they see fit, and he will have success. At 6-4 315 pounds, Tucker is a big man but is athletic enough where he can move.

He is one of the fastest rising offensive linemen in this year's class and plays with a great pad level. Not only does he do a great job of staying square, but he consistently finds a way to get leverage on his opponents, which makes it hard to maneuver around him. Not only that, but Tucker also displays excellent footwork and keeps his feet moving until the final whistle.

His toughness and attitude are a must for this team as he brings a no-nonsense attitude with him. He is patient, doesn't overextend on his blocks, and has no trouble taking guys and pushing them downfield. In other words, he will always play to the whistle, which is a must for this team.

One of the negative things that scouts have noticed about him is that he is much better at run blocking than pass blocking. Is that really a negative? For a team like the Bears that wants to be a run-first team, adding a run-blocking lineman is good. Pass blocking can always come with time, but when you are looked at as a run blocker, that is where your calling card will be.

Out of all the positions he played, the tackle was the biggest struggled despite playing very well at that position. His height may have played a role in that as he is shorter and smaller than most tackles, which sometimes allowed him to get pushed back into the pocket. Look for Chicago to continue to find as much film as possible on this guy to bring him in.