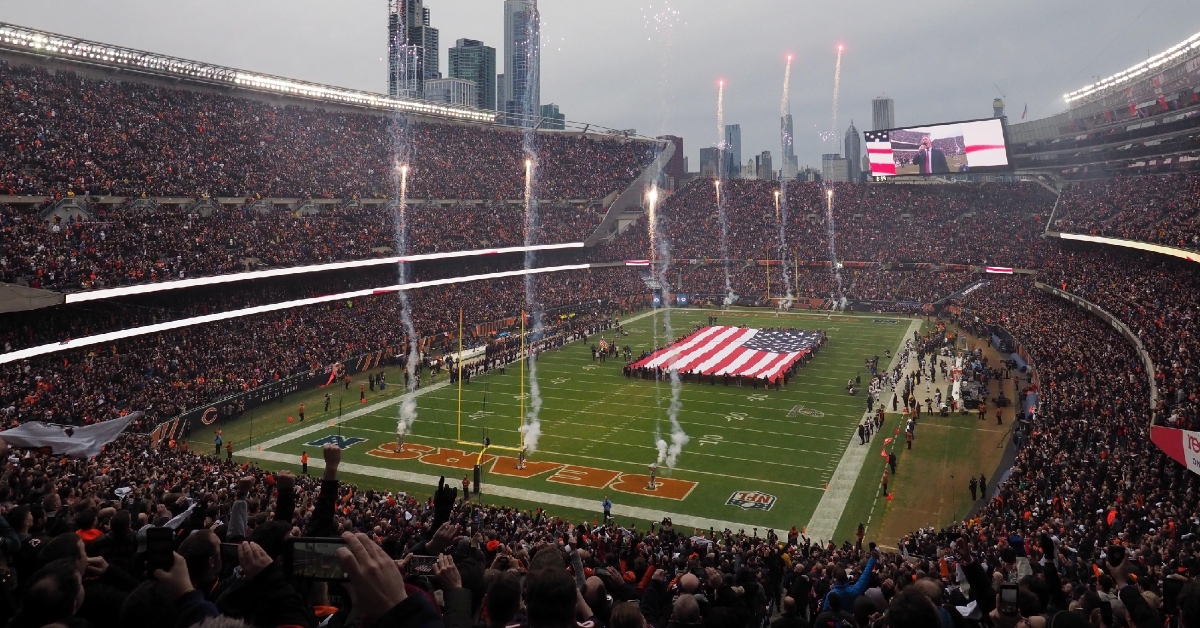 With the Bears bye week in the rearview mirror, it is time for the Bears to focus on the final four games of the season. At 3-10, this is the only NFC team eliminated from playoff contention, as the Bears currently occupy the No. 3 pick in the upcoming NFL draft. While there is hope that Chicago can turn things around in the final four games to gain momentum, more wins mean a lower draft pick, so do the Bears truly want to win at this point.

Well, when you look at the Bears remaining four games, wins will be hard to come by as they face three teams currently in the playoff picture, with a fourth team quietly moving up that list. Those four teams have a combined .738 winning percentage, which gives the Bears the hardest remaining schedule in the NFL. That doesn't bode well for a team that has been struggling, as the Bears will have their work cut out for them.

The grueling stretch they are about to enter starts with the team with the best record in the NFL as the Philadelphia Eagles come to town on Sunday. However, as good as the Eagles have been, this is a series in which the Bears have held their own as they lead the all-time series 29-16-1. However, don't let those numbers fool you, as the Bears did most of their damage early on.

Not only did the Bears go the first 11 games without losing to the Eagles, but take away their tie in the first-ever meeting, and the Bears ripped off 10 consecutive wins spanning from 1935 and going until 1947. Philadelphia managed to pick up a win in 1948, but the Bears responded by winning eight of the next nine and were 18-2-1 against the Eagles over the first 21 meetings.

Since that start, things have started to shift, and a big reason for that is the vast improvement that the Eagles organization has shown since the early 2000s. After the Bears won seven straight from 1983-1994, it has been all Philadelphia as the Eagles closed out the 90s and entered the 2000s with a five-game winning streak. That was followed by the Bears winning four of the next five, but they haven't beaten this team since 2011, as the Eagles have won the last five meetings.

The only hope Chicago has right now is that this game will be played at Soldier Field, where they tend to put forth better efforts against their opponents. Apart from that 29-14 loss in 2016, most of the Bears games against the Eagles have been close, with seven of the last eight meetings at Soldier Field being decided by one possession.

Unfortunately for the Bears, they have been on the losing side more often than not, but they have still held their own, going 3-4 in those one-score games. This team's last win against Philadelphia came in 2011 when the Bears pulled out a 30-24 victory. Jay Cutler was the QB that year, with Marion Barber and Matt Forte sharing carries in the backfield.

You have to go back 12 years to 2010 to find the last time the Bears beat the Eagles at home as they came away with a rare one-score win 31-26. Cutler was 14-21 in that game for 247 yards with four touchdowns and no interceptions. That included a pair of scores to Earl Bennett. Regardless of what happens this weekend, toss the records out the window, as Chicago will be ready for whatever the Eagles throw at them.