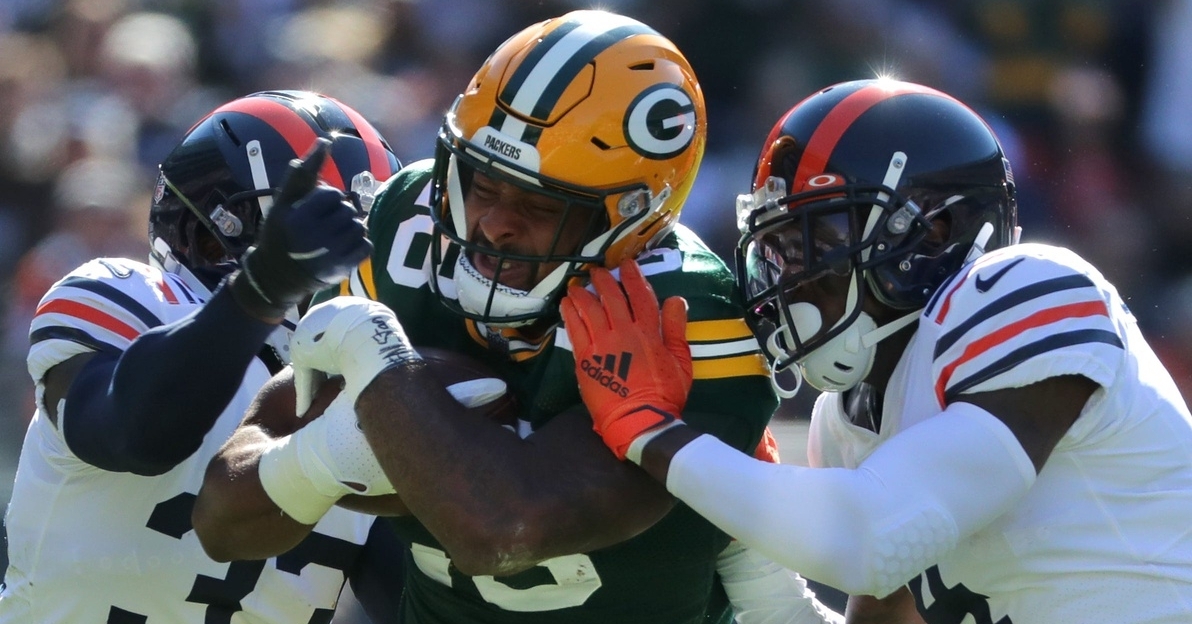 Week two of the 2022 NFL season marks everyone's favorite week if you are a fan of history. This marks the week where the oldest rivalry in the NFL will go head to head for their first of two meetings this season as the Chicago Bears hit the road to take on the Green Bay Packers for some good old-fashioned Sunday Night Football.

The two oldest and winningest franchises have been battling for over 100 years, with the Green Bay Packers holding the 103-95-6 edge in the standings. Unless you have been a fan of either of these teams for your entire life, you would look at the head-to-head record and think this is a very competitive rivalry.

You would be right in terms of the competitiveness, but what was a once lopsided rivalry in the Bears favor has tilted fully in the Packers favor over the last 30 years. A big reason for that is the duo of Brett Favre and Aaron Rodgers at QB, as the two of them killed the Bears during their tenures in Green Bay.

Once given the nickname the Bears killer, Favre posted a 22-10 career mark against Chicago. However, it is Rodgers who has upped the ante a bit as he has gone 22-5, including an NFC championship win against this team. That means in the last 49 games, the Packers have gone 44-15, which is a big reason they have taken over the lead in this all-time series.

When you look at how things typically play out, you do have your blowouts from time to time, but for the most part, these teams will battle it out until the end, no matter what their records are. Looking at how things transpired in week one, you have the Bears coming into Lambeau Field trying to make a statement, whereas the Packers are going to be very angry after how they played against Minnesota.

Beating the Packers is one thing, but beating them in Lambeau Field has been an issue, and that is something the Bears need to solve if they want to dethrone them from the NFC North perch. The last time the Bears won in Green Bay was in 2015, when they won a 17-13 defensive battle. That was also one of the worst games that Rodgers has had against the Bears.

Chicago also came close to beating them in 2018 when they let a massive first-half lead get away on a late touchdown by Randall Cobb that saw the Packers win 24-23. The Bears also won a 27-20 contest in Green Bay in 2013, but those are their only wins at Lambeau Field in the last 15 years, as things have not been too kind for Chicago when they head North.

While most fans around the NFL are expecting another gang-buster performance from Rodgers, as is the case more often than not when he plays this Bears team, you also have some thinking this could be the beginning of the end in terms of his reign over the NFL North. Losing Davante Adams is going to hurt this offense, and you saw that last week against Minnesota, as the Packers looked so disjointed.

Eventually, Rodgers will get on the same page as his receivers, but when will that happen, and how will the standings look when it happens? This is one of those rare opportunities the Bears have had against the Packers, and they need to capitalize on this opportunity.

If Chicago wants to rewrite the history books with Green Bay and how they retook control of this rivalry, winning on Sunday night would be a great place to start, as this game could mark the beginning of the end for Rodgers and his dominance over this team. Expect a hostile crowd on hand, as most are at Lambeau, but also expect a much better game than I think a lot of people expect when these teams take the field.