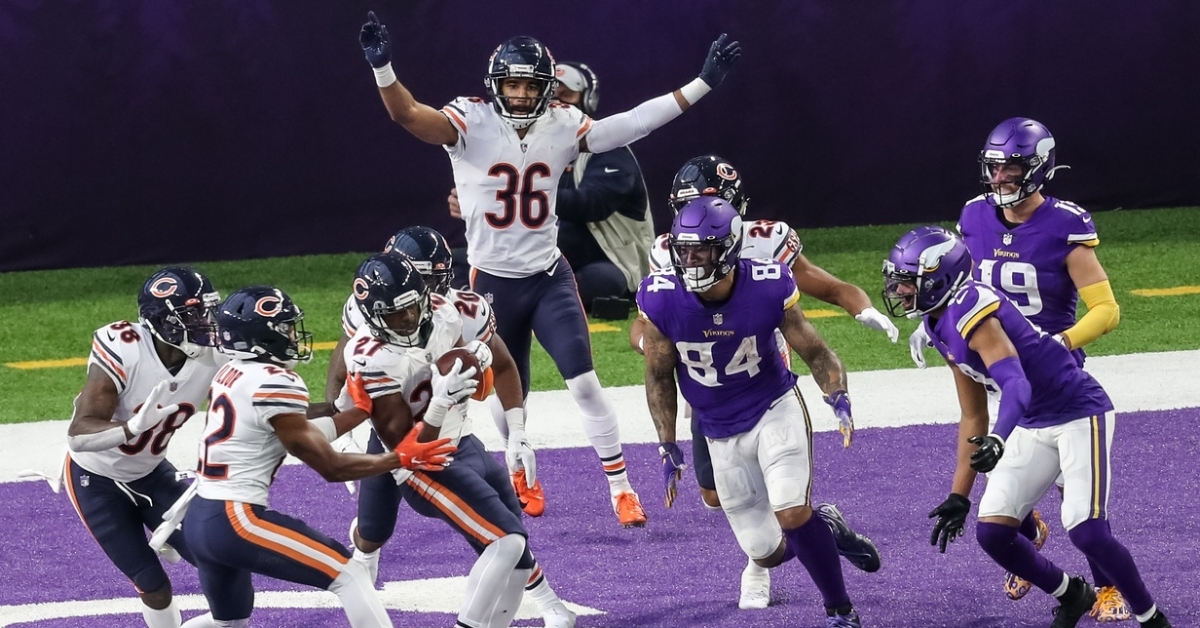 After spending the last two weeks outside the division and going 1-1 in the process, Chicago will return to NFC North divisional play on Sunday. Sitting at 0-1 in the division and 2-2 overall, the Bears are just one game behind the division-leading Minnesota Vikings, who Chicago will see this weekend. In other words, this is a big game for Chicago as they could either be tied for first or two games back with a loss.

Unlike many of the other NFC North rivalries, this is the youngest of the three, with the Vikings not coming into the league until the 1960s. Since their inception, this has been a very evenly matched rivalry, although the Vikings hold a slim 63-57-2 series lead.

However, this series has had ups and downs, with the Bears dominating things at the start before the Vikings started to control things in the 70s. That shouldn't come as a surprise to anyone as the Vikings glory days were in the 1970s when they went to three of their four super bowls.

After the 1970s, you had mini runs from either side, but neither one managed to rip off a long stretch of wins as they did previously. This shows you how evenly matched things have been since the 1980s, which is excellent for the game of football.

Going back the last 10 seasons, the Bears had a ton of momentum in the 2009-2011 seasons, where they topped the Vikings six straight times. That is hard to believe when Minnesota had Brett Favre back then and watched him do what he did in 2009.

Take away that stretch, and neither one of these teams has won better than three straight games, with the Vikings picking up three consecutive wins in 2014 and 15, with the Bears matching that in 2018 and 19. These teams have continued to show how evenly matched this series has become as they have gone 3-3 against each other over the last six.

However, it has been the Vikings taking three of the last four, including both games in 2021-22, so the Bears are due to get them back in the near future. When it comes to this series, the Bears have had most of their success at Soldier Field, as that has been a house of horrors for Minnesota. That is a venue where the Vikings have lost 12 of their last 15 games, but for whatever reason, they have found a way to win the last two.

When it comes to playing in Minnesota, US Bank Stadium, in particular, the Bears have had some surprisingly good luck which is something not many teams can say. It is no secret that the Vikings have one of the best home-field advantages in the NFL, as their new state-of-the-art facility has become one of the league favorites.

The stadium opened in 2017, where the Bears started 2-1, winning in both 2018 and 2019. Moving to 2020, the Bears made it three straight over the Vikings at Bank of America Stadium as this was becoming one of their favorite places to play away from home. Minnesota got back on track last year with a big win over the Bears in Minnesota, but they still have a below .500 record against the Bears at their new building.

One thing fans have come to realize about this rivalry is that records often don't mean much when these guys get together. They are very familiar with each other's strengths and weaknesses, and it often comes down to coaching as the deciding factor.

With two first-year head coaches going at it in this one, it will be interesting to see who makes the adjustments quicker and who has the better game plan coming in. Looking at the upcoming schedule for the Bears, not only do they have a quick turnaround with Washington on Thursday, but things don't get any easier from there as this is almost a must-win at this point.