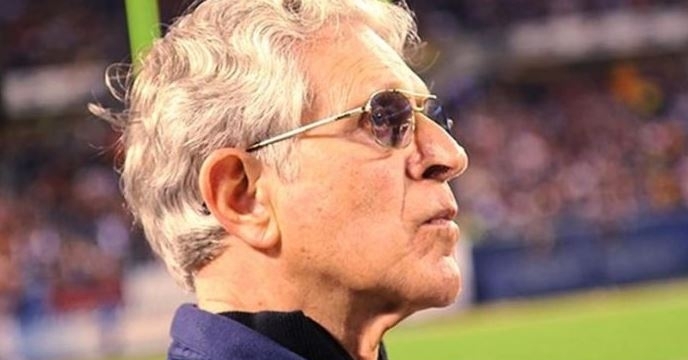 The Chicago Bears announced the passing of the team's pioneering strength coach Clyde Emrich on Wednesday at the age of 90.

He was affectionately called 'The Legend' as he worked for the Bears for 50 years starting part-time in 1963. He became the NFL's first-ever strength coach in 1971.

"I had the privilege of working with Clyde for nearly 40 years," McCaskey said. "He was a wonderful mentor to me and many others and was well-respected by everyone in the Bears family as well as around the league. Clyde revolutionized the way teams trained for an NFL season. He shared his knowledge and expertise with athletes from all walks of life and at all levels. Clyde would always say, 'give me an athlete, and I'll make them an even better athlete by making them stronger.'

"One of the things that makes Clyde's story so unique is that he was self-taught. As accomplished as Clyde was, he was driven to be the best at his craft. A 'Legend' in every sense, he was a wonderful friend to many. He is irreplaceable and will be missed by everyone who knew him."

BearsHQ would like to give out our most heartfelt condolences to Emrich's friends, family, and the entire Bears community.

Very sad day. They called Clyde Emrich "The Legend," but he was more than that. For about 60 years, he touched more people associated with the Chicago Bears than anyone. And he left each of them better for knowing him. May the road rise up to meet you, Clyde.

Today we mourn the loss of our pioneering strength coach Clyde Emrich.

A staple at the Bears since 1971, "The Legend" left an impact that will remain for decades to come and we will miss him greatly. Our hearts go out to his family and friends.