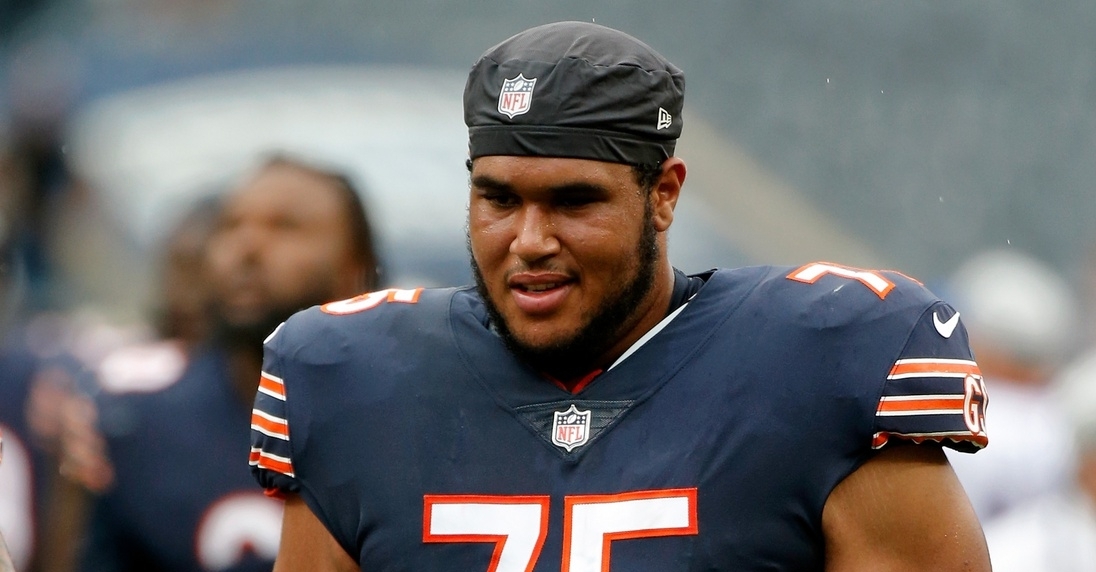 The Chicago Bears announced on Saturday that they have placed rookie offensive tackle Larry Borom on injured reserve.

Borom was injured during last Sunday's loss to the Rams as he hurt his ankle.

He will miss a minimum of three games with the injured reserve designation.

Hunt is a veteran who has 114 tackles and 8.5 sacks during his nine-year NFL career.

Taylor played one game with the Browns last season.