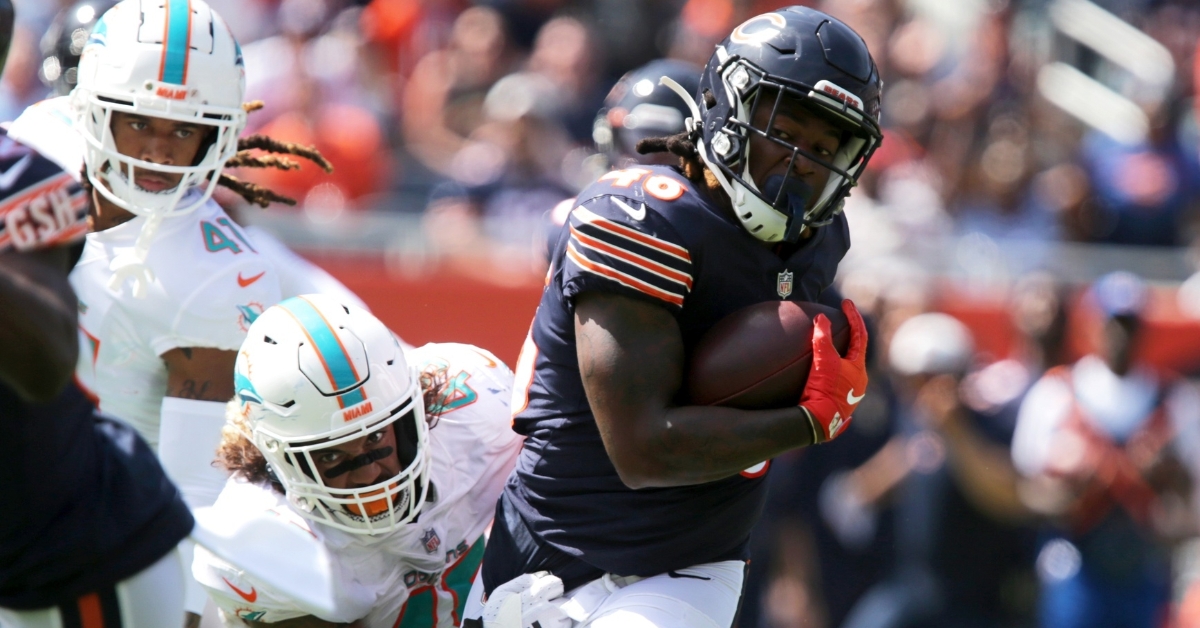 The Chicago Bears have flexed running back Artavis Pierce and offensive guard Dieter Eiselen from the practice team to the active roster on Saturday.

The move was made to give some extra depth before Sunday's rivalry game against the Green Bay Packers.

Pierce might actually get a few carries as veteran running backs David Montgomery (knee) and Damien Williams (COVID-19) are both out of the game with rookie running back Khalil Herbert as the starter on Sunday.

The Bears signed Pierce last year as an undrafted rookie out of Oregon State.

In 2020, Pierce had 34 yards and a rushing touchdown in five games.

Eiselen also signed with the Bears last season as an undrafted free agent out of Yale.

He played in three special team snaps last season as he primarily spent the first five games on the practice squad.