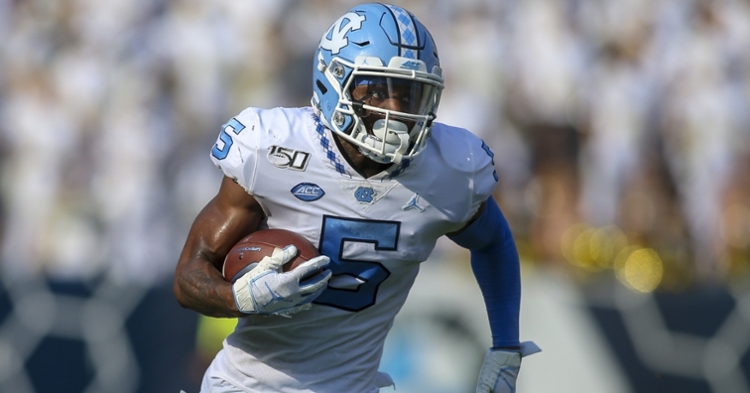 CHICAGO — Rookie wide receiver Dazz Newsome was selected by the Chicago Bears in the sixth round of the 2021 NFL Draft. The former North Carolina Tar Heels playmaker could potentially be a steal for the Bears after getting picked at No. 221 overall, but he will miss the rest of OTAs after suffering an injury at Tuesday's practice.

Newsome's first offseason as an NFL player features a bump in the road, as the wideout broke his left collarbone while trying to catch a pass in tight coverage. Newsome, who signed his rookie contract on Wednesday, is scheduled to undergo surgery on Thursday and expected to recover in approximately eight weeks, meaning he should return to action early in training camp.

#Bears rookie WR Dazz Newsome broke his collarbone in practice Tuesday and will undergo surgery Thursday, per source. It’s a clean break, so the sixth-round pick from North Carolina is looking at an eight-week recovery and should be ready right around the start of training camp.