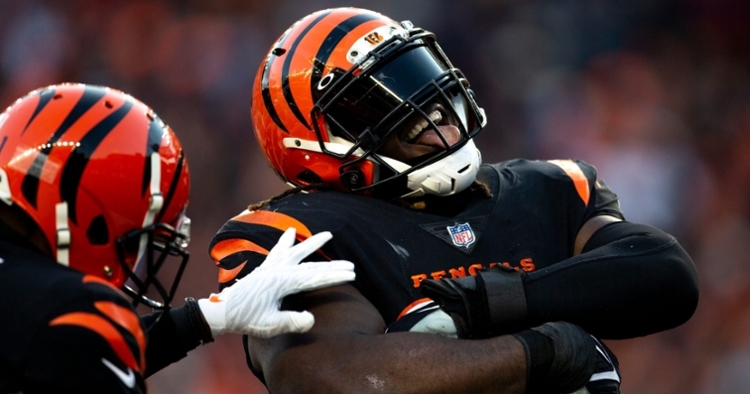 The Chicago Bears are signing former Bengals defensive tackle Larry Ogunjobi to a three-year deal worth $40.5 million including $26.35 million guaranteed, according to multiple reports.

The standout defensive lineman is only 27 years old and had seven sacks, 12 tackles for loss, and 16 quarterback hits last season.

This is a solid move for the Bears as he will be the run-stopper in their 4-3 defense as they recently released Eddie Goldman.

Robert Quinn, Trevis Gibson, and Ogunjobi make for a talented group to rush the passer this upcoming season. It should be fun to watch for Bears fans all season long.

The #Bears are adding an athletic mauler upfront with Larry Ogunjobi. He is a strong, fast, and forceful DT who should pair up well alongside Bilal Nichols on the defensive line.

DT Larry Ogunjobi to the #Bears

Quicks off the ball — with heavy hands. Firm vs. the run. Interior pass rush ability. Disruptive traits as a 3-Technique in Matt Eberflus’ defense. @NFLMatchup pic.twitter.com/mMst32UmKA