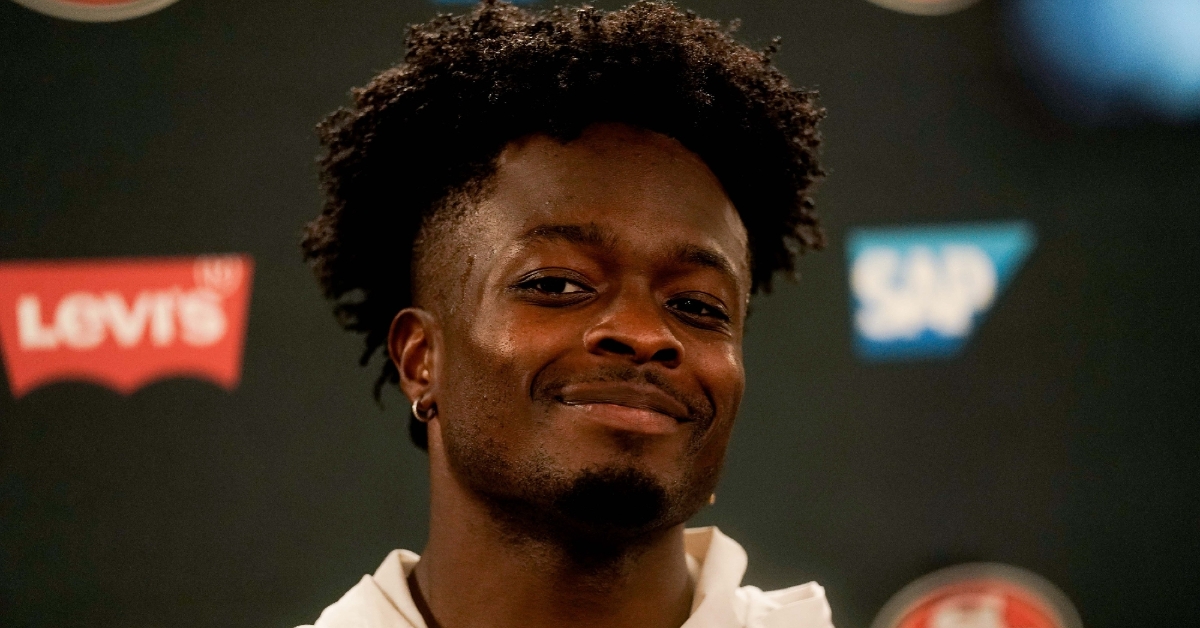 CHICAGO — After opting out of the 2020 NFL season, veteran wide receiver Marquise Goodwin will be suiting up for the Chicago Bears in 2021. Goodwin, 30, became a new father in 2020 and chose to spend time with his family amid COVID-19 concerns last year. Prior to that, he was traded from the San Francisco 49ers to the Philadelphia Eagles.

At the start of free agency, Goodwin reverted back to the 49ers, having never played for the Eagles, and was released the next day. On Friday, it was announced that Goodwin and the Bears had agreed on a one-year deal, with the speedster joining the ranks of a deep Chicago receiving corps.

The wideout, who has been in the NFL since 2013, figures to make an impact with the Bears by way of his downfield playmaking ability. Goodwin is an elite athlete who won two collegiate national championships in the long jump as a member of the Texas Longhorns and also competed in the 2012 Summer Olympics. For his career, Goodwin has 140 receptions, 2,323 receiving yards and 13 receiving touchdowns to his name.