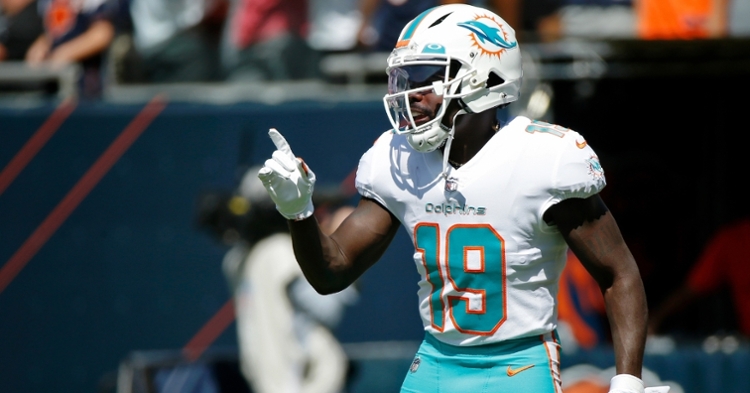 We have an NFL trade!

The Chicago Bears have traded for speedy receiver Jakeem Grant from the Miami Dolphins for a 2023 sixth-round draft pick, according to multiple reports on Tuesday.

Grant is an elite return man (2nd team All-Pro last season) and will also bring value to the receiver position.

For the season, he had two catches for -7 yards, 46 yards on kickoffs, and 59 yards on punt returns.

As a return man with the Dolphins, he had three punts and two kickoffs returned for touchdowns over his five-plus year career.

He will likely be the new return man as Khalil Herbert will get more carries with the injury to David Montgomery.

He was a sixth-round draft pick out of Texas Tech in the 2016 NFL Draft.

During his collegiate career, he had 3,286 receiving yards and 31 total touchdowns.

The Bears have finalized a trade this morning with the Dolphins to acquire return specialist Jakeem Grant. He can be a plug-and-play KR and PR. Has elite speed and can mix in occasionally on O. Bears sending a ‘23 6th to Miami.

New Chicago Bears WR Jakeem Grant renegotiated his contract on September 1st, reducing his salary from $4.15 million to $2 million and voiding the 2022-23 years so he's a free agent after 2021

He'll bring a $1.55M cap hit to Chicago, and will not be a compensatory free agent