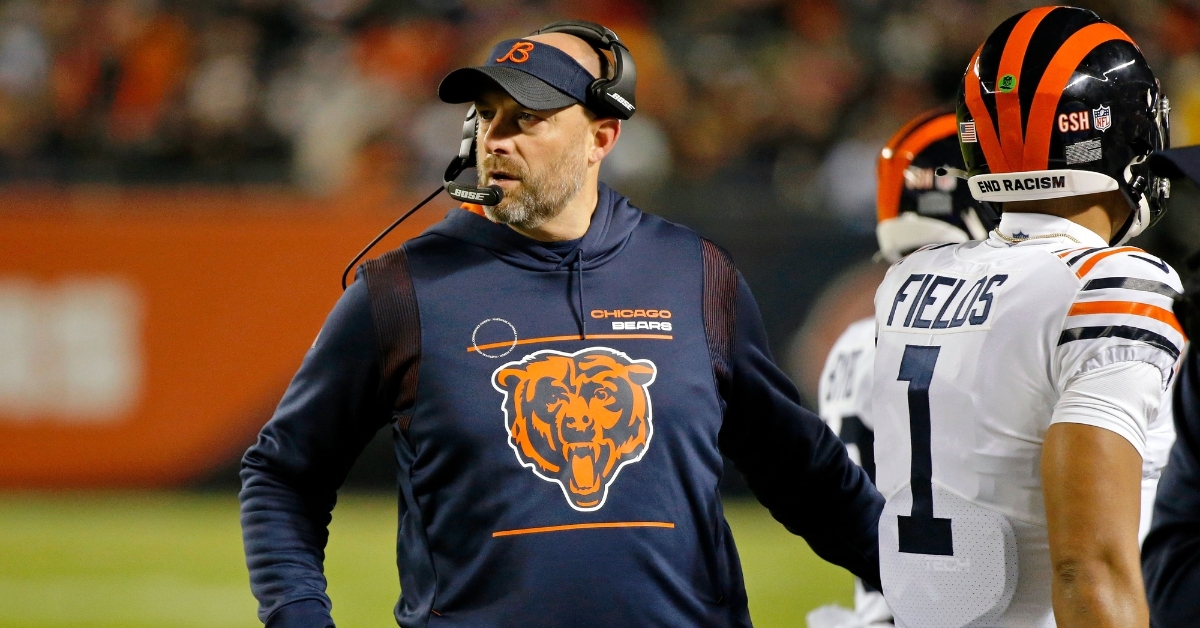 Nagy is back with the Chiefs (Jon Durr - USA Today Sports)

Former Chicago Bears head coach Matt Nagy is back in the NFL.

The Kansas City Chiefs announced on Friday that they have hired Nagy as a senior assistant and quarterbacks coach. He is now reunited with Andy Reid and his former pupil Patrick Mahomes as he spent time with the team from 2013 to 2017.

He was actually the team's offensive coordinator during Mahomes' rookie season.

Nagy was let go after the Bears finished 6-11 this past season.