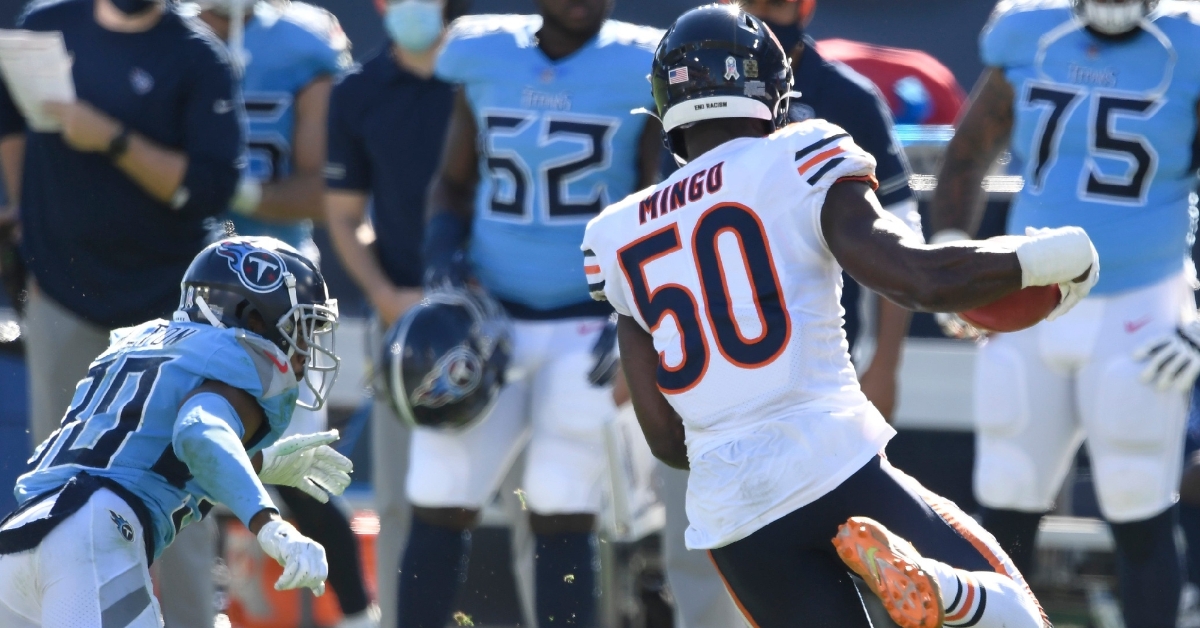 ARLINGTON, Texas — Former Chicago Bears outside linebacker Barkevious Mingo, 30, was arrested on Thursday and charged with "indecency with a child, sexual contact," per the Arlington Police Department. According to Texas state law, the charge is a second-degree felony and pertains to "engaging in sexual contact with someone younger than 17 years of age or causing the child to engage in sexual contact." If convicted, Mingo could face a sentence of up to 20 years in prison.

On Friday, Mingo was released from jail on a $25,000 bond. His attorney, Lukas Garcia, released a statement to the NFL Network in which he claimed that the allegations are "from over two years ago, "completely baseless" and "motivated by money or some other ulterior motive." Mingo is currently a member of the Atlanta Falcons, who released a statement to multiple outlets once the arrest was made public on Saturday. The Falcons stated that they "take the allegations very seriously and will continue to monitor the situation."

Mingo played his lone season with the Bears in 2020, recording 35 combined tackles, 2 1/2 sacks and an 11-yard rush on a fake punt that resulted in a first down. The veteran pass rusher signed a one-year deal with the Atlanta Falcons on March 25. In the 2013 NFL Draft, Mingo, who played his college ball with the LSU Tigers, was drafted No. 6 overall by the Cleveland Browns. He won a Super Bowl as a member of the New England Patriots in 2016 and has also played for the Indianapolis Colts, Seattle Seahawks and Houston Texans.

UPDATE: The Falcons later announced that Mingo had been released from the team.