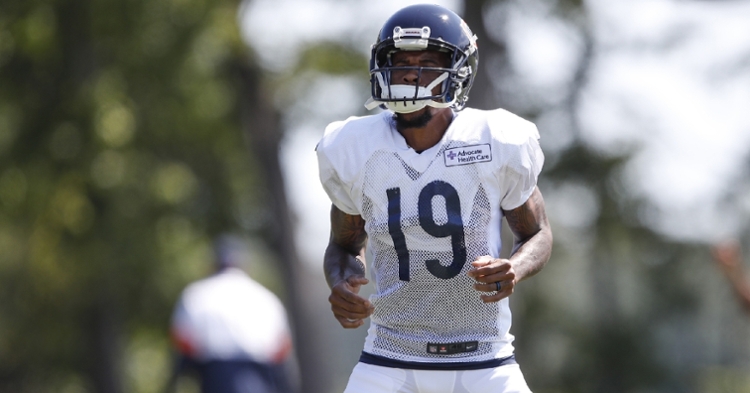 CLEVELAND — Wide receiver Ted Ginn Jr. suited up for the Chicago Bears in 2020, which proved to be the final year of his playing career. Ginn, 36, retired from the NFL on Friday, with the 14-year veteran holding a press conference at Glenville High School, his alma mater, to announce his decision.

"I've dedicated my entire life to football until now," Ginn said. "I'm going out in peace ... on my own terms, not forced out."

Ginn was a return specialist throughout his professional career, which began when he was drafted by the Miami Dolphins at No. 9 overall in the 2007 NFL Draft. Prior to that, Ginn was a star playmaker for the Ohio State Buckeyes, earning first-team All-America honors three times.

Appearing in six games with the Bears last year after signing a one-year deal on May 4, Ginn served as the team's punt returner for four games in the wake of Tarik Cohen's season-ending injury. Ginn eventually lost his job to Dwayne Harris, though, and the Bears released him on Nov. 4.

In addition to the Bears and Dolphins, Ginn also spent his NFL tenure playing for the Arizona Cardinals, Carolina Panthers, New Orleans Saints and San Francisco 49ers. The speedy downfield threat finished with 412 receptions for 5,742 yards and 33 touchdowns. Ginn returned three kicks and four punts for touchdowns and is one of only two players to score two kickoff return touchdowns of 100 yards or more in the same game.