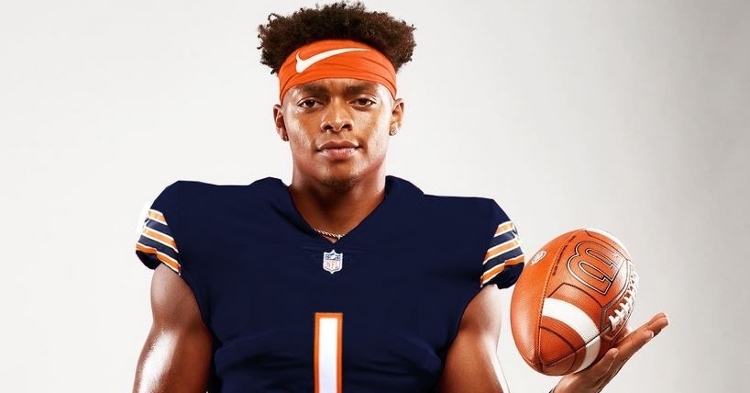 The Chicago Bears fanbase was thrilled with the No. 11 overall selection of their franchise quarterback Justin Fields in the 2021 NFL draft.

Fields has been impressive early during OTAs and have fans dreaming of a standout quarterback to lead their team alongside a talented defense.

However, former Bears signal-caller Jay Cutler says not so fast.

Cutler said this week on Waddle & Silvy on WMVP-AM 100 that he would put kid gloves on Fields in 2021.

"I wouldn't play the kid to start," Cutler said. "That's where I'd start. I'd let him watch. I think it's just a tough spot to just throw someone out there, especially in Chicago. And I think Andy is more than serviceable. I think they can win games with Andy and kind of pull the ship along until [Fields] is ready."

Personally, I think that Fields has played enough big-time games at Ohio State with huge crowds watching him that he won't be overwhelmed by the NFL atmosphere.