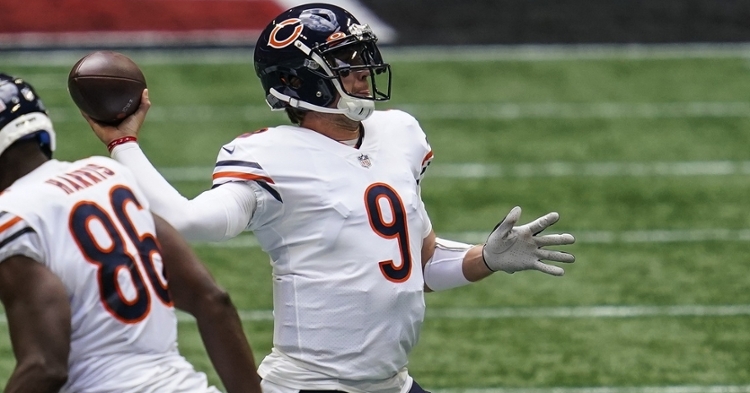 CHICAGO — Unsurprisingly, the Chicago Bears will be moving forward with Nick Foles as their starting quarterback. Head Coach Matt Nagy announced Foles as the Week 4 starter in his press conference on Monday and implied that the starting job will be his for the foreseeable future. Foles orchestrated the Bears' Week 3 comeback over the Atlanta Falcons on Sunday after replacing Mitchell Trubisky under center in the third quarter at Mercedez-Benz Stadium. Foles threw three touchdown passes, all of which occurred in the fourth quarter, and outplayed Trubisky.

Foles was acquired in a trade with the Jacksonville Jaguars in the offseason and was expected to be inserted into the starting role if Trubisky, the incumbent starter, struggled early on. After Trubisky made a lazy pass that was intercepted early in the second half, Foles took over for him, and the Bears went on to outscore the Falcons 20-0 in the fourth quarter en route to winning 30-26. Foles' first start as a Bear will take place at Soldier Field on Sunday, Oct. 4, when the Bears will take on the Indianapolis Colts.

Coach Nagy announces that Nick Foles will be our starter for Week 4 against the Colts. pic.twitter.com/YxGulXVr0B